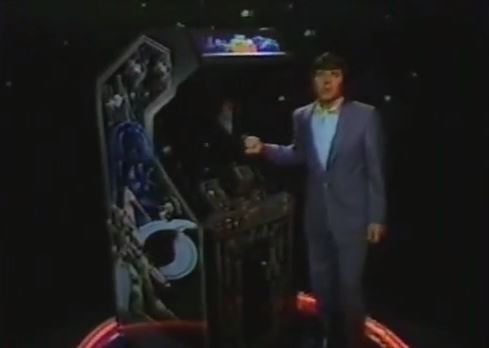 I remember the first time I laid eyes on the Star Wars Arcade cabinet.  It was at a holiday camp's arcade back around 1984 and it was pride of place in the middle of the floor.  I spent many 10p coins playing that game and I genuinely thought I had the Force while playing. the This gem of a video comes from the pilot episode of a 1983 show called "The Video Game Challenge" and shows off the then-brand-new Star Wars arcade game from Atari.

It is safe to say the original Star Wars Arcade machine is one of the greatest arcade machines of all time.