VIDEO: George Lucas In A Japanese MacLord Commercial From The 1980's 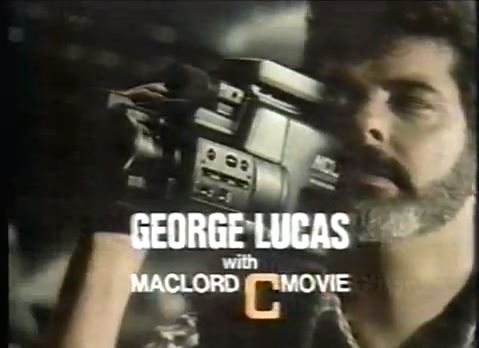 From the early 80s, here is a Japanese TV commercial with our own George Lucas, promoting a JVC "MacLord" camcorder.

The commercial starts with George Lucas saying "Right now, I'm surprised and entertained."  I'm guessing there's been a little lost in translation.  We get to see Jabba and his pals along with an AT-ST.  George ends the commercial by saying  “Itsumo something new,” which when roughly translated it's “always something new.”