The Boat From Jaws Is Being Recreated For 45th Anniversary 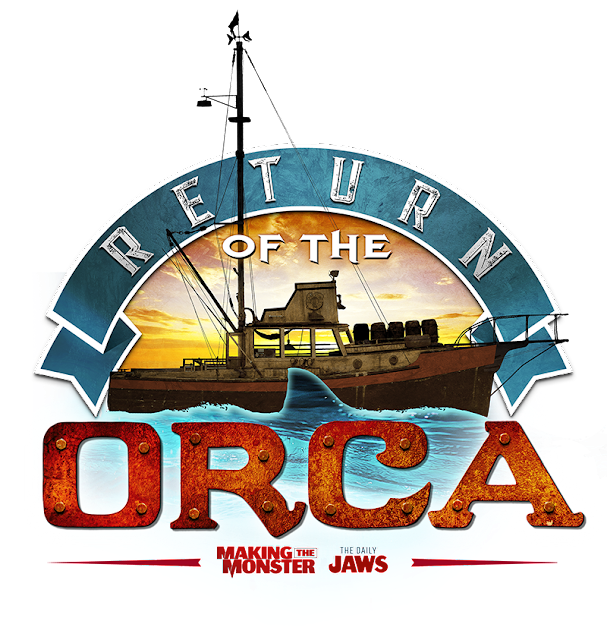 The Orca III Is Being Made

Our good friends over at The Daily Jaws announced on Thursday that they were teaming up with Making the Monster and members of the original Jaws crew to bring us a full size replica of the iconic boat from Jaws.  Yes, The Orca will exist once again thanks to these dedicated fans of Jaws and because of them it will eventually give fans a chance to "drink to yer leg" onboard  a full-size Orca.  The new boat will look and feel like the original as much as is possible.

What a fantastic project and we will keep you updated on the progress of the Orca III.  You can read the full press release below: 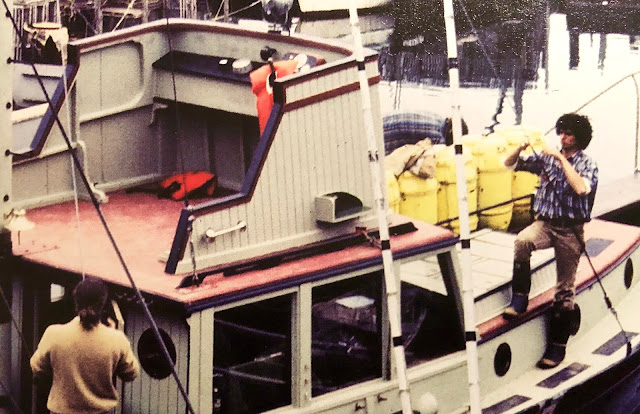 The Orca, Quint’s legendary boat from the film Jaws, is being recreated by the original people involved in the blockbuster who designed and built her for the film released in 1975.

Rather than hunting the great white shark, as in the film, part of the Orca’s new mission will be researching marine life and helping people better understand the varieties of shark species in the area around Martha’s Vineyard including great white sharks.

Jaws author Peter Benchley was a huge advocate of conservation, a legacy continued by his widow. Wendy Benchley is on the board of directors of Beneath The Waves, a non-profit organization dedicated to promoting ocean health and focusing on threatened species conservation, who will use the new Orca as part of its mission offering expeditions for the organization’s researchers.

Wendy said: “The return of the Orca is a celebration for the fans of Jaws as well as an exciting new resource in the pursuit of a greater understanding about our oceans and the life teeming in it. We are so happy that we can be a part of this exciting project.

“Bringing the people who love the film together with those dedicated to the real-world study of marine environments is a powerful collaboration that can impact our society in many ways.”

Helping realise this project is academy award nominee and Jaws production designer Joe Alves. Also involved is Martha’s Vineyard local Chris Crawford, who refitted the boat ‘Warlock’ in just six weeks back in 1974, creating the Orca in Jaws. This time round, the new Orca will be a refit from a Nova Scotia lobster boat, the “Lydia”, found on the north shore of Massachusetts.

Additionally, Crawford served as production pilot of the original Orca, driving the boat for its appearance on camera while Roy Scheider, Robert Shaw and Richard Dreyfuss fend off the mechanical shark.

Today, Alves and Crawford are working as a team once more to create Orca III. Crawford will be in charge of the physical recreation with a team of expert boat builders while Alves, secure in his Los Angeles home during the COVID-19 pandemic, will provide design plans and art direction to ensure the boat matches the look and feel of the original Orca as much as possible.


And none of this film fan’s dream would be happening without two Jaws-related organizations, Making The Monster and The Daily Jaws. Both groups are world authorities on Jaws and dedicated to celebrating the film and its rich, vibrant community of cinema and shark lovers alike.

David Bigelow, Principal of Making The Monster, said: “This project is the culmination of years of effort. I’m just so honored to be a part of the event. Now the new Orca will have a legendary team behind her and a mission that evolves her purpose in the world. It’s the way it should happen.”

Ross Williams, Principal of The Daily Jaws is equally proud of the project, he added: “As a Jaws fan this project is just hugely exciting, everything about this incredible once in a lifetime event is the best possible way to bring the Orca back to the world and waters of ‘Amity Island’, for both film fans as well as environmentalists. What more could you possibly want as a lover of Jaws on its 45th anniversary?!”

As well as good news for local conservation efforts, the project is also looking to help local youth charities on Martha’s Vineyard. After completion of the build, the Orca III will be launched at a public christening ceremony into the waters off Martha’s Vineyard, just like in the film.

Orca III will then begin her conservationist mission. Greg Skomal, PhD, and Marine Fisheries biologist at Martha's Vineyard Fisheries, will journey aboard the Orca III to the waters off Martha’s Vineyard. There he will work with his crew to stage research of the sharks around the island prowling the waters for the rich seal population which has exploded over the past 20 years.

From there, the future of the Orca III will be dedicated to giving movie fans a boat to visit that they haven’t seen in decades as well as providing a vessel for the scientists at Beneath The Waves to use in their conservation efforts.

Austin Gallagher, PhD, and CEO and Chief Scientist for Beneath The Waves, said: “The return of the Orca represents an evolution of the mission for which that craft was built. In the classic film, she was a vessel for destruction. Now she’ll be a part of the preservation and study of the marine world we at Beneath The Waves have been focused on for the last several years in the Northwest Atlantic.”

All that is missing is John Williams’ score and you, find out how you can step aboard this exciting project: www.returnoftheorca.com