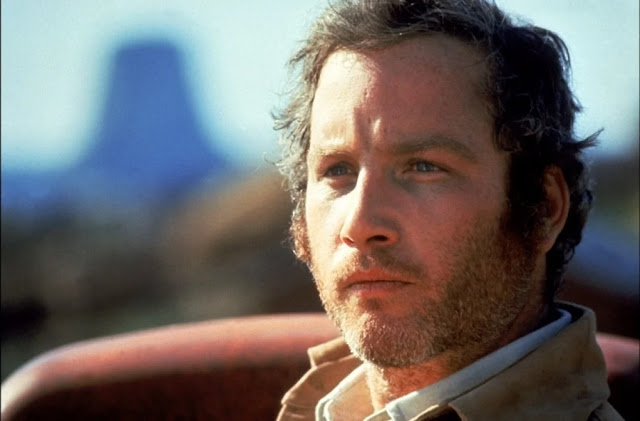 Richard Dreyfuss has a special place in the early cinema of Spielberg/Lucas. He first came to attention in Lucas’ ‘American Graffiti’ (1973) as teenager Curt spending the film chasing after the elusive girl who has caught his attention early on in the film. He then famously turned down Spielberg's offer of the Matt Hooper role in Jaws claiming it was ‘a film I would rather see than make’ before his about turn after witnessing his performance in ‘The Apprenticeship of Duddy Kravitz’(1974) which he thought would end his career.

Dreyfuss’ position in Spielberg's early career is an interesting ‘what if..’ scenario in the sense that he completely went off the rails in a melt down of drink and drugs which he only recovered from after a car crash and a career rejuvenation in 1986 after his role in the hit comedy ‘Down and Out in Beverly Hills’. The ‘what if…?’ part of that equation is where he would have stood in Spielberg's oeuvre had he not got into the self destructive part of his career in the late seventies. One could speculate that he could have developed a De Niro/Scorsese relationship with Spielberg after the one-two punch of Jaws and Close Encounters. That having been said he forged a career to be proud of and was a key component of some of the best loved movies of all time. I have read articles over the years regarding what Dreyfuss is like in ‘real life’ often not painting him in a particularly positive light but I have always found him engaging, open and amusing in interviews and, while interesting to some degree, I always put an actors personal life to the back of my mind.

Its the work that matters.

Dreyfuss won an Oscar in 1978 for his electric performance in ‘The Goodbye Girl’ which, while an amusing and lightweight comedy from the pen of Neil Simon, is, I would argue, pretty much the only reason to search that film out. But what a performance it is. Dreyfuss belongs in that list of actors that, for me, are rather under-rated and whose acting is supremely natural (file under ‘Jeff Bridges’) I’m sure it doesn't come without an enormous amount of work….like the dorsal fin slicing through the water in his key film we almost forget about the rest of the 25 foot long fish doing all the work underneath. Regardless, Dreyfuss makes it look easy. His natural charm and charisma shines in ‘The Goodbye Girl’, his rat-a-tat delivery both amusing and true to life. His performance in another film of that period ‘Whose Life Is It Anyway’(1981) is another outstanding turn, the story of an artist who is paralysed in a car accident and his fight for his right to live (or not), it sounds like a pretty heavy experience to put yourself through for 2 hours but is far from it. Again, Dreyfuss’ natural charm and quirky delivery disarms and engages you...in reality he may be small of stature but Dreyfuss is a huge screen presence...something that must clearly have been recognised by Spielberg. Dreyfuss claims he ‘bad mouthed every actor in Hollywood’ to get Spielberg to cast him again in ‘Close Encounters’ but I’m sure Spielberg didn’t feel he was being hi-jacked to cast him.

I read a review of Jaws years ago that stated, while loving the film, the film really comes alive the moment Dreyfuss steps off that boat and on to the jetty. I, for one, agree.

“Uh, could you tell me where I might find a good restaurant or hotel on the island?”
“Yeah, you walk straight ahead’
And then Dreyfuss’ wonderful understated retort…
“ahhhh, they’re all gonna die”.

Not moments later he is informing a harassed Chief Brody of the idiotic fishermen…none of them are gonna get outta there alive. The scene immediately afterwards, analysing the remains of Chrissie, and Dreyfuss immediately turns off the easy going charm. This is serious and Hooper is taking charge.

“Do not smoke in here thankyouverymuch”.
“THIS WAS NOT A BOATING ACCIDENT!”

One of my favourite Dreyfuss/Jaws scenes is just now around the corner...his gate crash of the Brodys dinner and, while it is Ellen Brody momentarily leading the conversation, it is easy to miss Hoopers wonderfully cheeky ‘is anyone eating this?’ in reference to Martin Brodys uneaten dinner. He then, without so much as a beat, decides to dig in to the Chiefs dinner although, with two well pointed fingers, limits himself to the now opened red wine. Hooper makes it clear that, unlike Brody, this situation does not faze him and he is firmly in control.

Dreyfuss’ charm again wins through with Hooper, a character that could come off the page as pretty smug. I love his scene shortly after when Brody, after witnessing Hoopers fancy, expensive  search & find equipment, asks him... are you rich?

In a lot of other actors hands Hooper might not come across as particularly sympathetic(!) but his confidence and cockiness is more amusing and charming with Dreyfuss’ delivery. Granted Robert Shaw might not have agreed with me.

One scene later and we are gifted that most precious of cinematic gifts...the laugh of Richard Dreyfuss. You will witness it here, and in pretty much everything else you watch him in over the next decade or so. Mayor Vaughan, after half-listening to Hooper and his attempt to persuade the Mayor that this is a serious scenario and that the hand painted dorsal fin is pretty accurate in terms of scale, ignores all advice and tries to belittle Hooper…

The Dreyfuss laugh ™ then rings out, a wonderful, slightly crazy, hyena-like audible treat.
We are further treated to it in Jaws’ probably most celebrated scene...Robert Shaw's rightly iconic Indianapolis speech. As alluded Shaw allegedly didn't get on all that well with Dreyfuss (too much precocious talent? Method acting in action?) but it doesn't show in the lead up to his famous speech...the two joyfully comparing scars while Spielberg's camera deliberately holds Brody out in his own separate frame. This is Dreyfuss at his most natural and generous...this is Shaw's moment but watch Dreyfuss in it. After letting off that trademark laugh after his terrible joke Dreyfuss/Hooper becomes, like us the audience, entranced in Shaw's story. His reaction and expression is one of awe, fascination and horror all at the same time.

All of this surely played a part in Dreyfuss’ character surviving in the films climax unlike in Benchleys novel.

Dreyfuss then followed up his star making turn in Spielberg's ‘Close Encounters Of The Third Kind’, his Roy Neary in desperate need of Dreyfuss’ innate ability to draw sympathy for what could end up as a somewhat unsympathetic character. Neary becomes obsessed with the vision of the other wordly mountain and spends the film constantly alienating(pun intended) his hard pressed family although, admittedly, he does find a better use for mash potato. Dreyfuss invests Neary with the same playful spirit he brought to Hooper, his wildly biased speech to his children early in the film is awesome... Disney or goofy golf?

Its yet another wonderful, engaging performance with his commanding moment, while being questioned by Francois Truffaut’s Claude Lacombe and Bob Balaban’s cartographer, one of many highlights. Again, Dreyfuss shows how adept he is at showcasing a huge mix of emotions, at once frustrated and confused but determined to get the answers he has spent the whole movie looking for.

WHO THE HELL ARE YOU PEOPLE?!!?

It is a challenge to find some of Dreyfuss films and performances these days (unless they involve a 4k 25 foot long fish called Bruce) but I urge you to do so if you can. A wonderful actor of the Spielberg generation, he may not be mentioned in the same breath as De Niro or Pacino but I find him equally as engaging.

If I had a paper cup in my hand, I’d crush it to death right now. 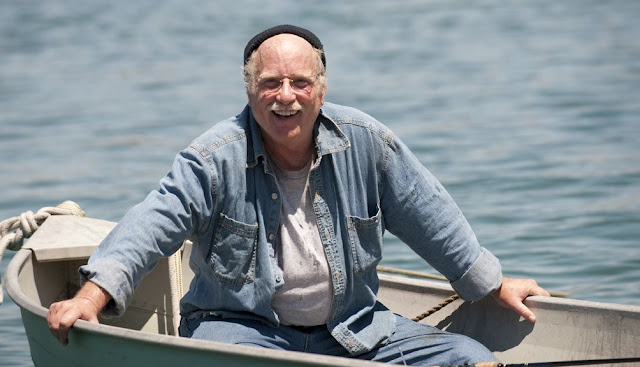