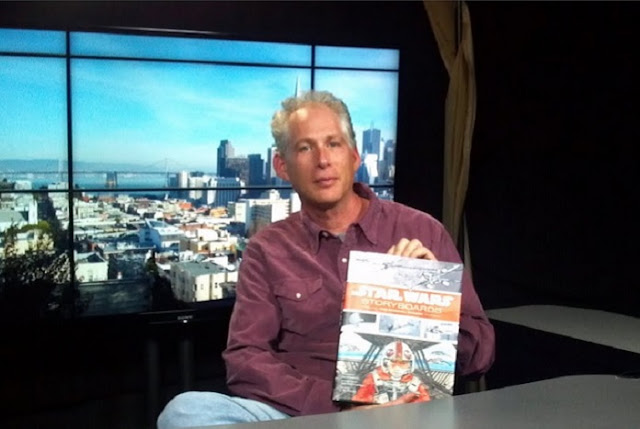 Wednesday afternoon, prolific Star Wars author J.W. Rinzler hosted a YouTube chat in which he promoted his forthcoming book "All Up" but also teased a new Star Wars-focused book project, announced for the first time.

A little more than 25 minutes into the chat, Rinzler announced he will pen a book that will chronicle the career of producer Howard Kazanjian.

Kazanjian is best known as the producer of both Raiders of the Lost Ark (1981) and Return of the Jedi (1983). He attended USC Film School with George Lucas, and joined Lucasfilm in the wake of the success of Star Wars: A New Hope (1977), leading the company's non-Star Wars film projects.

As part of that book, Rinzler revealed he conducted a four-hour interview with Marcia Lucas, the former wife of George Lucas and enormously valuable part of the editorial team during the original trilogy era. This can certainly qualify as a coup, since Marcia rarely does interviews.

Rinzler, a former executive editor at Lucasfilm, has written many Star Wars books, including in my mind, the definitive tomes on the making of each of the original three Star Wars films, which came out on those films' respective 30th anniversaries. He's also written books based on storyboards of the original and prequel trilogies and Star Wars Frames. His book The Making of Indiana Jones matches his Star Wars books in being the definitive statement on how the four Indy films were made.

During the YouTube chat, Rinzler also discussed his career at Lucasfilm, which ran from 2001-16, as well as his short-lived blog The Rise and Fall of Star Wars.

Check out the entire interview below.

Check Mr. Rinzler's website for the latest information on both "All Up" and another forthcoming project of his, The Making of Alien.