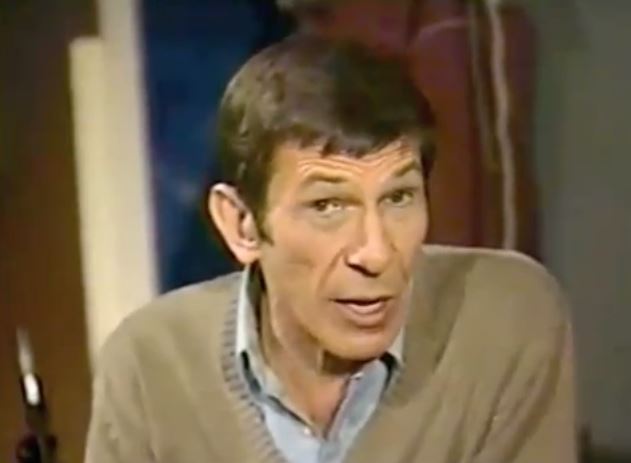 Yes, you read that right.  This is a 1983 documentary that I came across on Youtube and is has Star Trek's Leonard Nimoy presenting the show.  Well this makes perfect sense.  What next?  Billy Dee presenting the making of Star Trek Into Darkness?

The show was called Standby...Lights! Camera! Action! and aired on the Nickelodeon channel in the US.  This would have been filmed slap bang in between Wrath of Khan (1982) and Search for Spock (1984.)  Other movies covered in the show included E.T. The Extra-Terrestrial, The Goonies, Cocoon and Back to the Future to name a few.