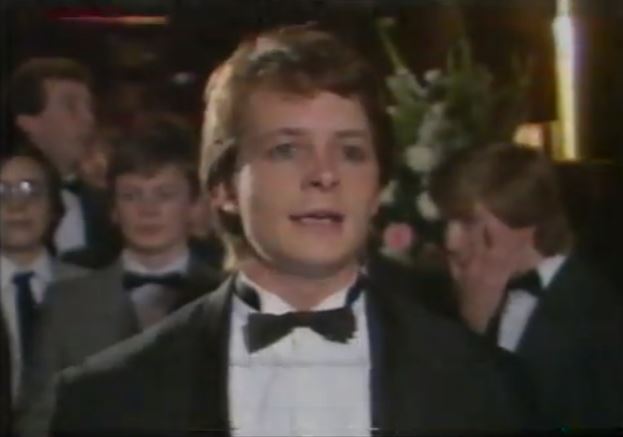 On December 3, 1985, Barry Norman interviewed Michael J Fox at the Royal Premiere of Back to the Future at the Empire cinema in London's Leicester Square for the BBC TV show 'Film '85'
The Premiere was in the presence of TRH Prince Charles and Princess Diana.

It's such a classic interview and the much missed Barry Norman at one point asks Michael what he thought of Steven Spielberg:  "I've named one wing of my home after him." was his reply. Michael also explains that more people have seen Family Ties than Jaws.  I wonder if that's still the case?  Take a look at the video below.