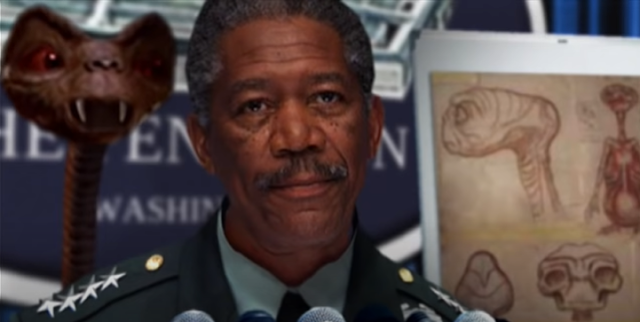 This is a fan-made trailer from a few years ago where we see the aliens from E.T. The Extra Terrestrial returning to Earth but this time they are evil.  This is not a million miles away from the originally planned sequel to the 1982 classic where Steven Spielberg had intentions of the aliens being evil.  The sequel had a working title of "Nocturnal Fears" and you can read some of the script here.

This fan-made trailer that offers a different interpretation to Nocturnal Fears, "ET-X" splices footage of Drew Barrymore and Henry Thomas in different films with some rather clever CGI of an older, wiser-looking ET, who is back to save the earth from evil aliens. Cameos from the Jonas Brothers, Morgan Freeman and David Morse.