Letters Page From Starlog 1981 Has Fan Pleading To Be An Extra In Star Wars: Revenge of the Jedi 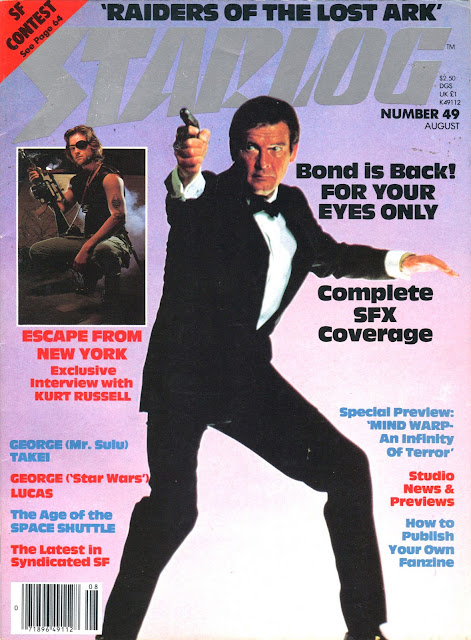 Fan letter asking to be a Star Wars Extra From 1981

Below is a scanned image of the letters sent in from readers taken from Starlog magazine August 1981 number 49.  I particularly like the one from an enthusiastic fan who is trying to become an extra on the upcoming movie Revenge Of The Jedi. You have to commend his commitment.  He actually moved to California to increase his chances of being an extra in the next Star Wars movie.  Then he found out that George Lucas cut ties with Hollywood, moved to San-Fransisco and this poor fan suddenly found himself no closer to his dream and a move that wasn't needed.  Anyway, he goes on to explain how he wrote a number of letters and not giving in.  That's some determination.  I wonder if he managed to get a spot in one of the movies?

Also, there a few letters expressing their enthusiasm for the recently launched Space Shuttle Columbia.  I wonder if we'll ever see that level of enthusiasm again for another real-life space mission?  The recent return of astronauts blasting off from US soil, a collaboration between Space-X and NASA recently had a lot of interest being the number one trend across the world for a short time. 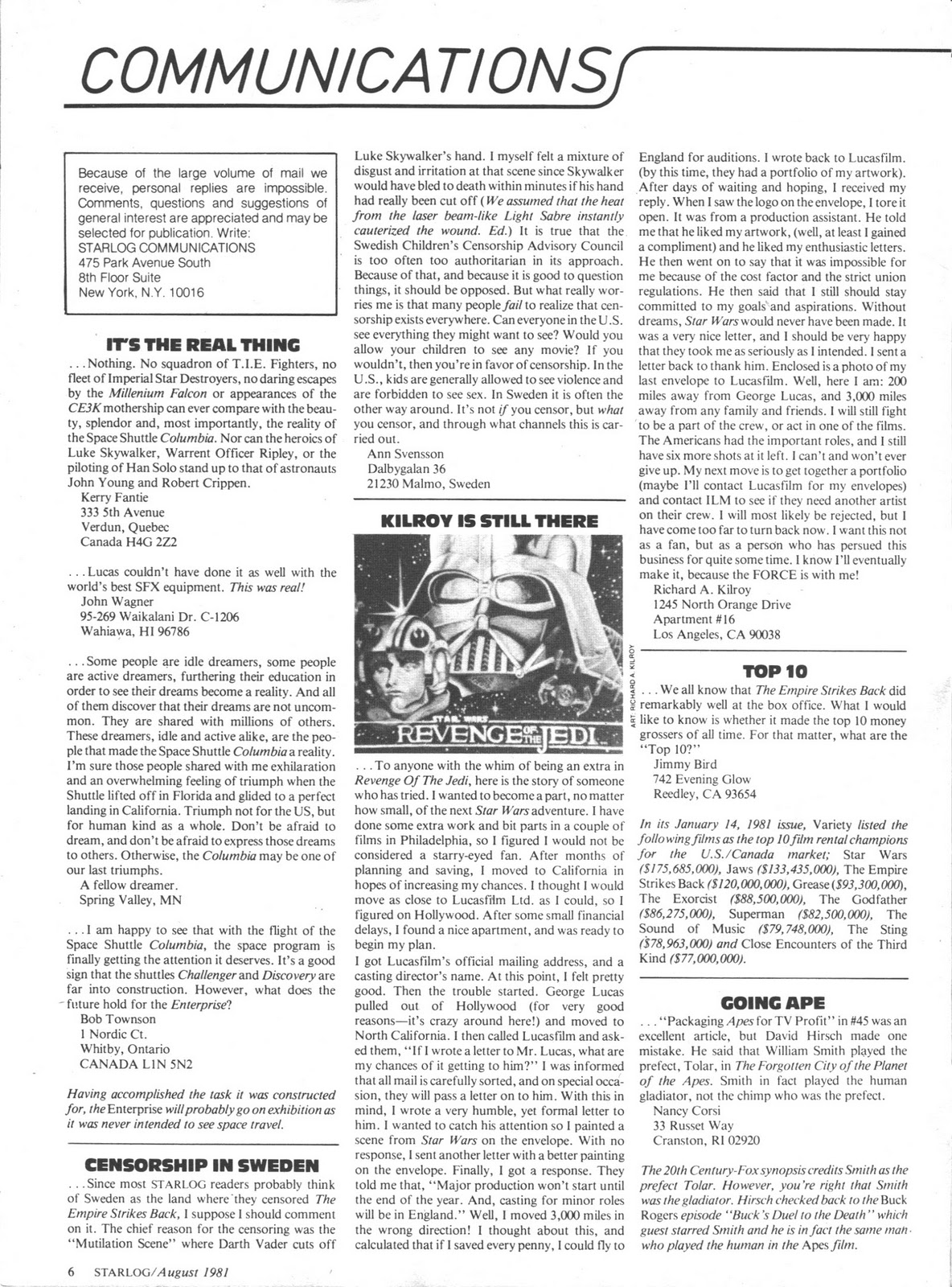