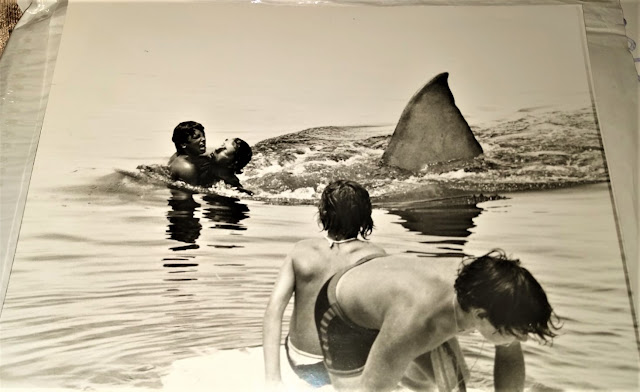 Isn't it nice when you are looking through your collection and you come across something unexpected?  Well, that's what happened to me today when I was looking through my Jaws 2 lobby cards.  I came across one of the cards that is actually from the first (and of course best) Jaws movie.  The scene is actually the deleted scene where we see Michael being saved indirectly by a man in a boat.  The scene was deemed too gory for Spielberg's PG movie so the scene got chopped.  A nice find especially as today is the 45th anniversary of the classic movie.  (Genuinely, this was found today, 20th June.)

I spotted the card mixed up in my Jaws 2 cards and on the back it has a description in German.  Grabbing my Google Translate app, here's what it says:

The greatest box office success that has ever been seen in the USA is now coming to German cinemas: Steven Spielberg's dramatic shocker "The White Shark" proves that the 27-year-old director is not celebrated as "the boy on the film scene" for nothing  becomes.  The gripping story of a killer shark that turns a seaside resort on the Atlantic coast into a horrific scene was staged with Roy Scheider, Robert Shaw and Richard Dreyfuss in the leading roles.  Wherever the shark appears on the coast in front of the Atlantic seaside resort of Amity, death and horror are all that the rescuers can register.  The huge killer shark takes victim after victim before the local police chief opens the hunt for him.  P 5 Photo: Cinema International Corp.  The biggest box office success that has ever been seen in the United States comes from German cinemas. 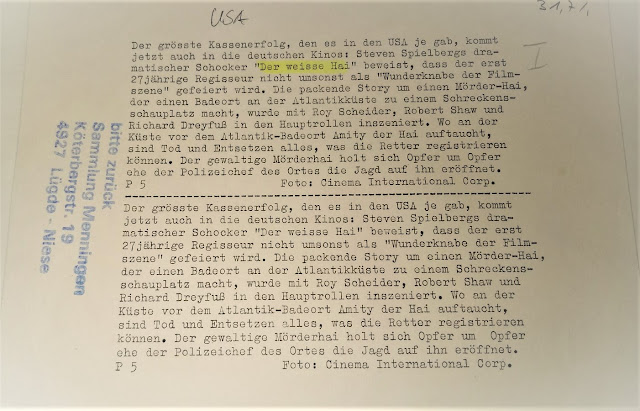 I remember picking these cards up from a collectors fair and if the price on the back of the bag is to be believed, I paid the grand total of £2.  It even came with a Jaws 2 press booklet.  Not a bad catch for this vicinity. 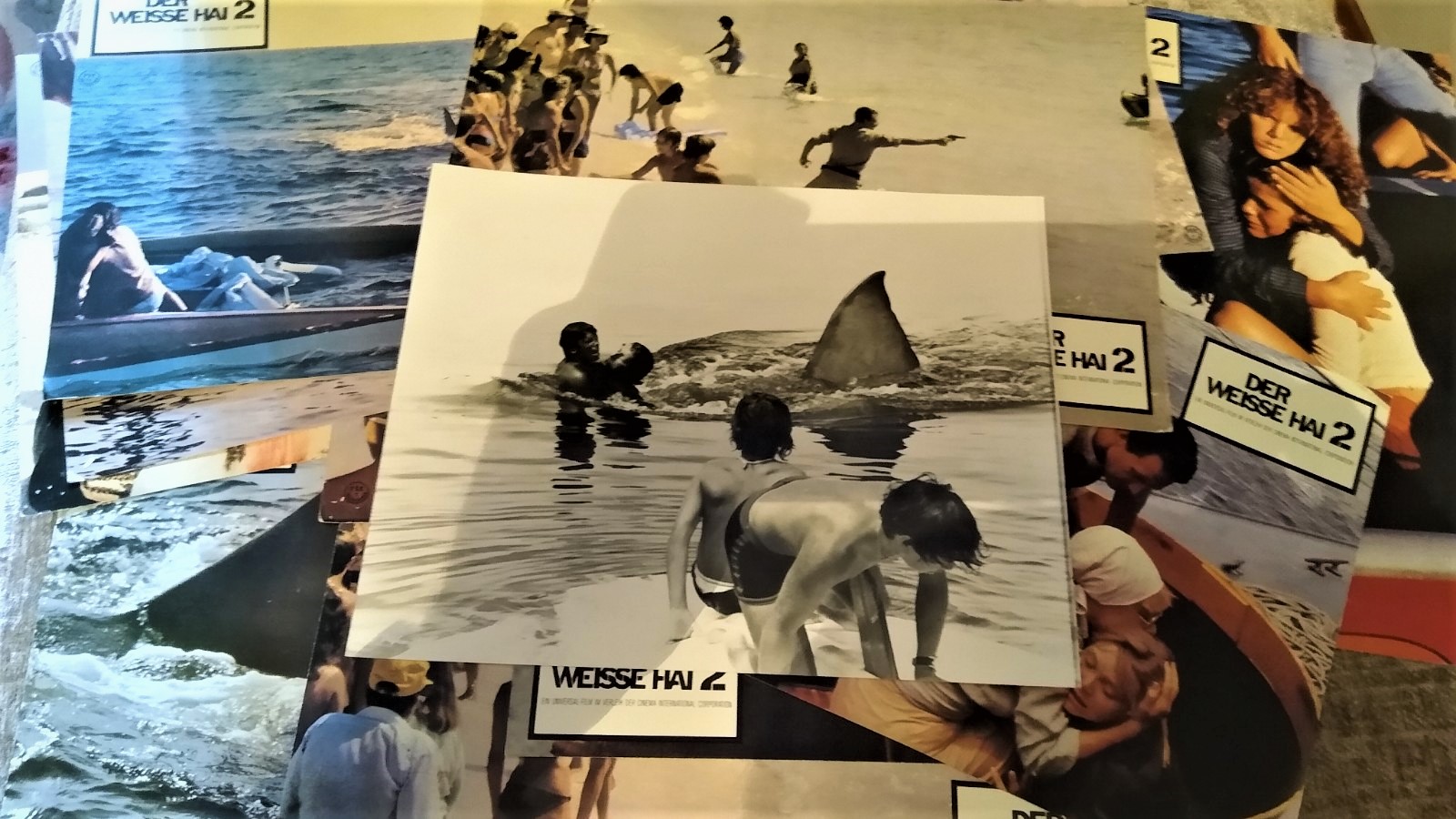