IN SEARCH OF THE PREQUEL TRILOGY ORIGINS

IN SEARCH OF THE ANNOUNCEMENT OF THE STAR WARS PREQUEL TRILOGY


The date of October 30, 2012 was a “where were you” moment for most of us Star Wars fans. It was the day the press release was issued, stating Disney was purchasing Lucasfilm.

It got me thinking, “was there an equivalent press release announcing the prequel trilogy?” Some background.

I graduated from high school on June 12, 1991. A few weeks before that, Heir to the Empire was released. I recall seeing it in a bookstore within a week of my graduation. The event of that book’s release can’t be overstated when telling the real world story of Star Wars. It triggered a renaissance in the brand that hasn’t slowed down in the 29 years since.

I believe the success of that book, which zoomed to number one on the New York Times Bestseller List, was an indicator to George Lucas that his historic creation wasn’t dead, but was waiting to be revived. And revived it was, thanks to Timothy Zahn’s wonderful novel.

Did that book plant the seed in George’s mind that he could proceed with plans for the long-imagined prequel trilogy? I have to think its popularity was a pleasant surprise for Lucasfilm, and had to be an encouragement that a hefty appetite still existed for the franchise in the (then) new decade.

But what of Episodes 1, 2 and 3? I was in college in the early 1990s, and while my love of Star Wars has been eternal, it wasn’t as forefront on my mind as it was during my childhood. I try to piece together Star Wars memories of that era, and they’re fuzzy. I loved the Zahn novels that came out in 1991, 1992 and 1993, but up to that point, I don’t recall any indication that prequel films were a done deal and were definitely coming out. 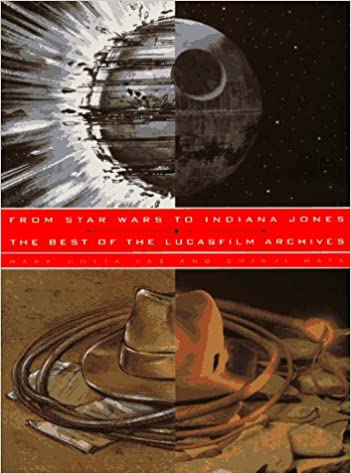 I spent my last college Spring Break at Disney in March 1996, a week that included my 23rd birthday. On that trip, I bought my first Star Wars reference book - From Star Wars to Indiana Jones The Best of the Lucasfilm Archives, written by Mark Cotta Vaz. That wonderful book is split into two parts, which highlight models and concept drawings from the Star Wars and Indiana Jones trilogies. The last paragraph of the Star Wars section reads as follows:

“The Star Wars trilogy stands as one of the great stories in film history. But the films only represent chapters four through six in a final nine-part saga. More than a decade later, Lucasfilm has begun gearing up for a return to the star wars universe and the legendary time of the Jedi Knights.”

I treated that paragraph as official confirmation that Episodes 1, 2 and 3 were indeed on the horizon. No more guessing, hopes or speculation. The stories of young Darth Vader, Obi-Wan Kenobi and Mrs. Anakin Skywalker were finally going to become a reality!

The oldest Star Wars Insider magazine I have is issue #23, which came out in 1994 and marked the first time the magazine was published in its current name (previously it had been called the Lucasfilm Fan Club Magazine). The opening editorial of that magazine was penned by then-fan club president and magazine editor Dan Madsen. It reads as follows:

“The new Star Wars prequels loom in the distance. George Lucas plans to start the screenplay for episode one by the end of this year. Episode one is tentatively scheduled for release in 1998.”

Later in that same editorial:

“The Star Wars Insider will also be your best source of information on the new star wars prequels as we continue to keep you updated on their progress right up to their release.”

That’s as official a confirmation as one could hope for. 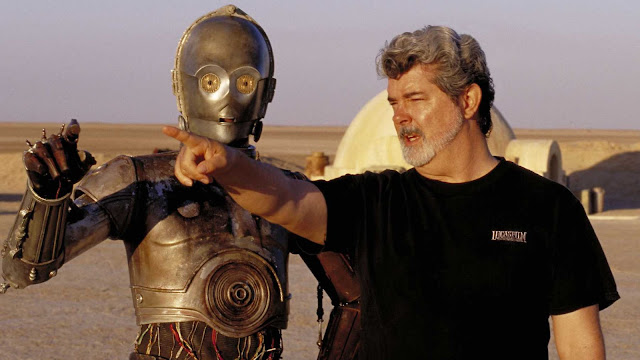 Still though, can we pinpoint the first moment the prequel trilogy’s official existence was revealed to the public, by George Lucas or Lucasfilm?

The first Episode I web documentary (I really miss those fun featurettes) features an interview with Lucas in his office on the day of Tuesday, November 1, 1994. The day Lucas began writing Episode I. This was released in late 1998 on starwars.com and later the Phantom Menace bonus DVD.

This YouTube clip, dated 1992, is from Entertainment Tonight and features Leonard Maltin interviewing Lucas on the Skywalker Ranch grounds. In this bit, Lucas reveals some basic plot points of the prequels, saying they take place 40 years before the original films, mentioning the young Obi-Wan, Anakin and Anakin’s wife, while prominently mentioning the word “betrayal,” a key word in the progression of the prequels. However, the interview doesn’t reveal any official confirmation of the prequels. It stops just short. Lucas talks about the basic story those films would tell, without saying directly “hey everyone, I’m making new movies and this is what they’re about.”

Entertainment Weekly has an article, dated June 24, 1994, in which Lucas makes official his plans to make Episodes 1, 2 and 3. Wikipedia references Lucas telling Variety about new plans for new films in “late 1993.”

To sum up - we have an Entertainment Tonight clip from 1992. A story in Variety in late 1993. Definitive references to prequel films in the Star Wars Insider in Spring 1994 and in a reference book in late 1994. A story in Entertainment Weekly in the Summer of 1994. I checked with Dan Brooks of starwars.com to see if he knew of an “original press release” announcing the prequels, but that came up empty. Still, nothing as declarative as that famous Disney press release in 2012 announcing the new films.

I learned a long time ago to not let any aspect of the fandom to negatively affect my opinions of the Star Wars films and characters. I adore the prequel trilogy and find them equally as rewatchable as the original trilogy. The gestation of the prequels remains a fun mystery to me to this day.