VIDEO: Take A Ride On Star Wars: Rise of the Resistance From Galaxy's Edge 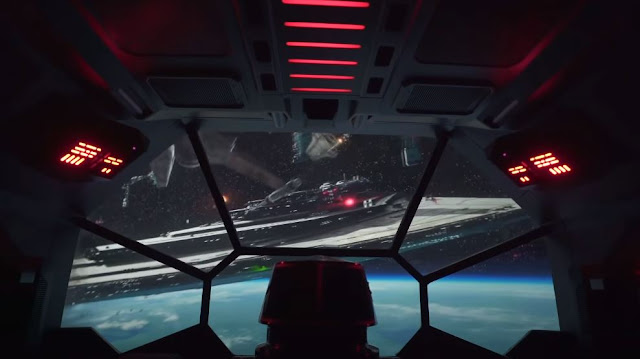 Take A Ride With The Resistance At Star Wars: Galaxy's Edge

Strap yourself in and take a ride on the awesome Star Wars: Rise of the Resistance ride from Galaxy's Edge.  You ride with a re-programmed R5 astromech droid and be prepared to see Kylo Ren, a Probe Droid and even an At-At that fires at you.  Bek narrates throughout who is voiced by James Arnold Taylor.

The video has some rather interesting behind-the-scenes facts on the ride.  Unfortunately someone decided these would be best right in the middle of the screen obscuring some of the action going on.  Fear not, for although this is an official video we have also included an 18-minute video that a helpful fan recorded on their camera and it's POV too complete with the crowd ambience.  Enjoy!