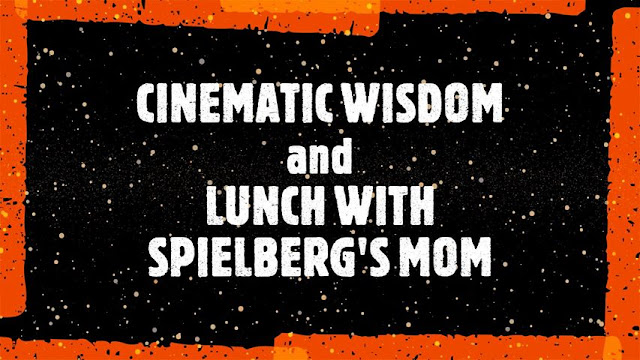 Friend of the site, John Wesley Downey has released a video on his YouTube channel where he talks about the time he met Steven Spielberg's mother.  He also explains how he went from being just a fan of movies to being a fan and a professional working in the movie industry.  John is just finishing his first feature and gives a personal insight on how he got involved in the industry and what it was like being behind the camera for the first time.

John's recalls the time he met Steven Spielberg's mother around 1986 (with bad script in hand) and how she left a lasting impression on him.  She loved talking about her son and told John the story of when Steven Spielberg needed a piano so sent his mother out with John Williams to find one.  Both had a wonderful time as they had Steven's credit card so dined on the best food thanks to the director.

John ends his video with a passionate discussion about critics of movies and understanding the effort that goes in to making a piece of art.  If more people could see and appreciate what challenges are involved in bringing a TV show or movie to the screen then perhaps they wouldn't be so harsh a critic.

In the video, I talk about criticism, but I am not totally against film criticism.  If it's intelligent, fair minded and constructive, then film criticism can be helpful and positive.  It turns negative when it's all about the ego of the critic.