Spielberg Question Stumps Contestant On Who Want's To Be A Millionaire 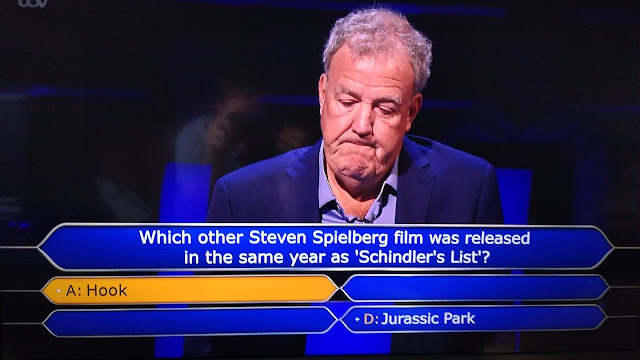 In tonight's episode of 'Who Want's To Be A Millionaire' here in the UK, the £16,000 question involved a little bit of Steven Spielberg knowledge.  The question was:

Which other Steven Spielberg film was released in the same year as 'Schindler's List'?
A - Hook
B - Indiana Jones and the Last Crusade
C - Saving Private Ryan
D - Jurassic Park 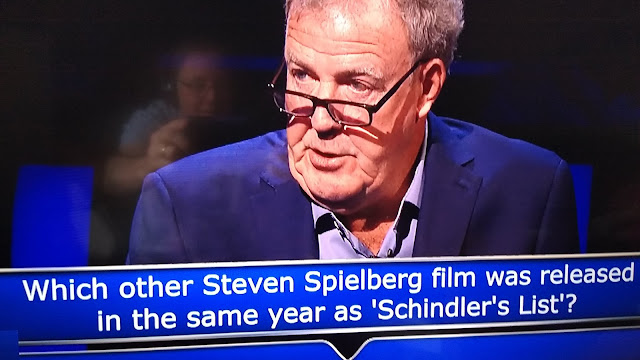 Of course, most readers of this site will know the answer but unfortunately for the contestant he was stumped.  Using his lifeline 'ask the audience' they turned out to be no use either, choosing 'Hook' as the answer.  A 50/50 lifeline was also used, leaving 'Hook' and 'Jurassic Park'.  We all know the answer to be D - 'Jurassic Park' but the contestant opted to choose 'Hook' losing £7,000.
Jeremy Clarkson, the host said he would have chosen 'Hook' too.  Keep to the cars, Jeremy.