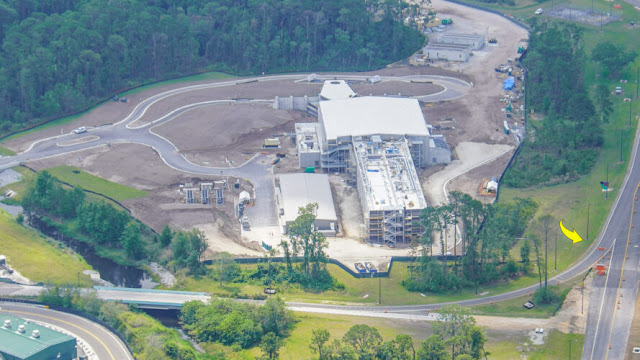 One of the ongoing projects I'll be following here is the construction of the forthcoming Star Wars hotel, named the Halycon, or Star Wars: Galactic Starcruiser. The hotel is being built on the south end of Disney's Hollywood Studios in Orlando, Florida.

Like most everything that was in progress in society, construction on the site was halted due to COVID-19 in March. As shown in the photo above, taken earlier this year, progress on the Halcyon was moving along nicely before the shutdown.

According to the Orlando Business Journal and The Dis, permits have been filed with Orange County to resume "the fabrication and installation of sets," on something called Project H, which is presumed to be the Disney code word for the Halcyon. The Halcyon had been advertised to open in 2021, though any change on an opening date due to COVID-19, has not yet been announced. 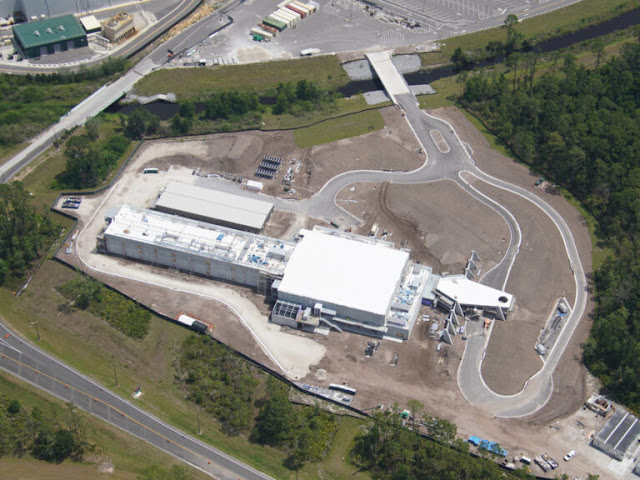 The Halcyon is intended to be directly accessible via the back end of Star Wars: Galaxy's Edge. One of the concepts of the immersive hotel is that guests can pass between the hotel and the land during their stay.

I'll keep following the story of the Halcyon's development and construction as Disney begins to re-open following this awful pandemic. The re-opening of Disney World is attracting a lot of interest all across society, and I believe many people's views of how we're doing overall against COVID-19 is dictated by when Disney opens, and how that re-opening rolls out. I was supposed to be there last week. We rescheduled our trip to Disney for around three months from now. Here's hoping...