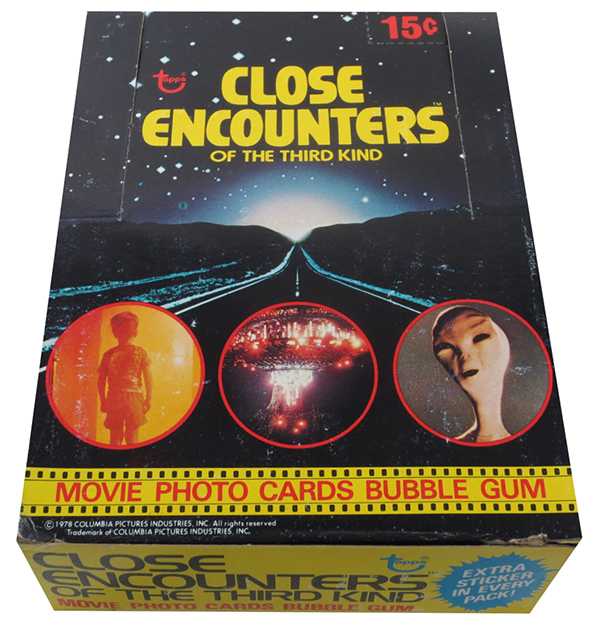 In 1978, Topps released a highly anticipated set of trading cards complete with their infamous chewing gum based on the Steven Spielberg UFO classic, Close Encounters of the Third Kind.  An interesting fact about the 66 card set is none of them feature the main character, Richard Dreyfuss (Roy Neary) or François Truffaut (Claude Lacombe.)  This was down to the company not securing rights to feature their likeness.  Instead, the card set focused on Ronnie Neary and her children. 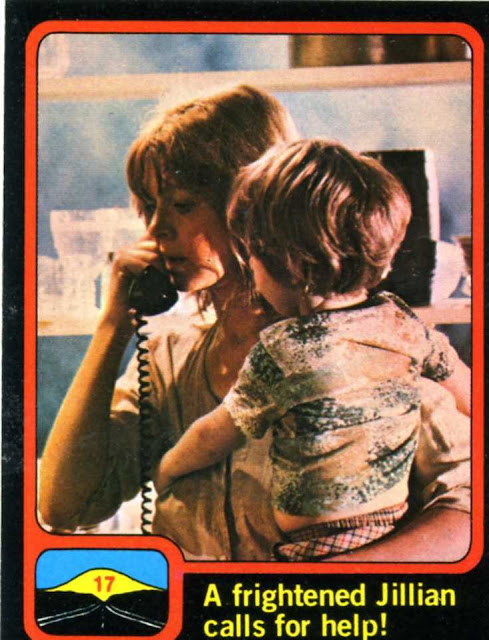 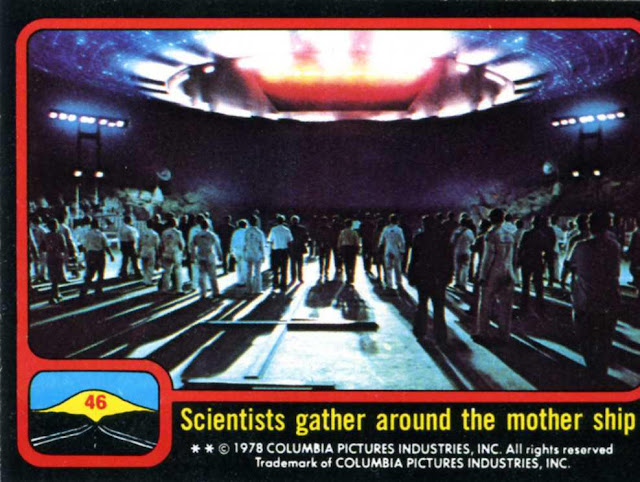 The cards also had a set of stickers.  Here's one from a pack I opened 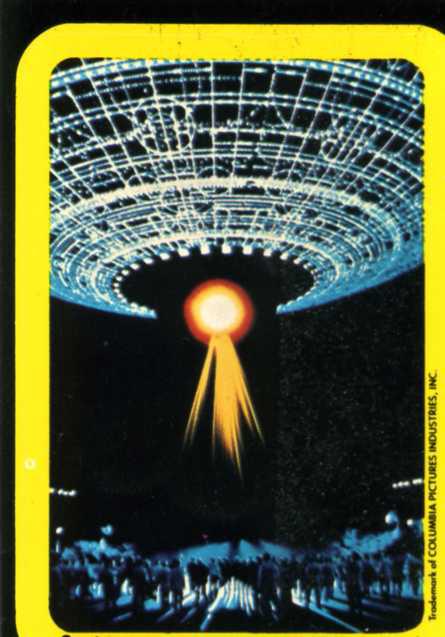 The back of the cards had movie facts. Can you spot the mistake on these cards?

Here's the chewing gum from a sealed pack of Topps Close Encounters Trading Cards that I opened back in 2013.  Yes, I did try some.  It was very brittle and tasted of...nothing! 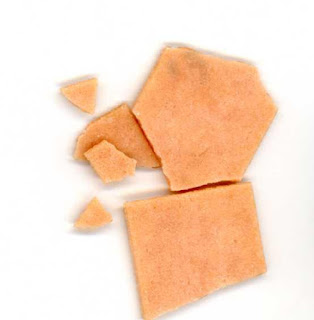 And finally...
Since we never had a Topps Close Encounters of the Third Kind trading card with Roy Neary, here's my no. 67 photo shopped edition - Rob 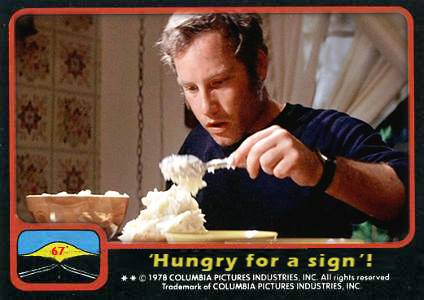