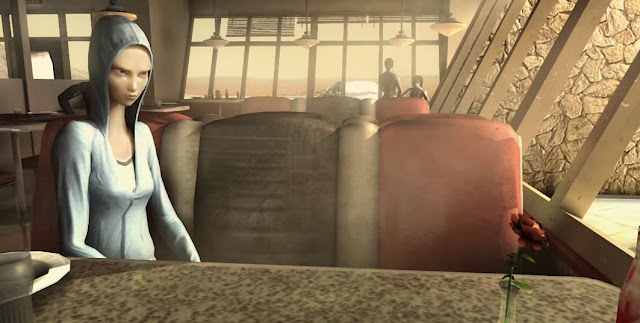 It's no secret that Steven Spielberg is a gamer and has dipped his talented hands into the world of gaming in the past such as Boom Bloxs and The Dig.  Well, thanks to a documentary on YouTube about the video game company, Arkane Studios who brought us gaming greats such as Prey and Dishonored, we get to see some unseen footage on a game that Steven Spielberg had an involvement in.  It was in the mid-2000s and the game had a code-name of "LMNO."  The game didn't get off the ground and didn't even have a proper name but the concept was intriguing.

It was going to be an open-world cross-country road trip with a friendly alien as your sidekick who had special powers.  An interesting and original idea and a huge shame it got cancelled.  The story was actually Steven Spielberg's idea.  He had the script and wanted to make the game and a movie.  The game would have seen your character having to break someone out of prison or an FBI lab and it turns out this someone is actually an alien.  It was planned that your relationship with the alien would change based on your decisions in the game. 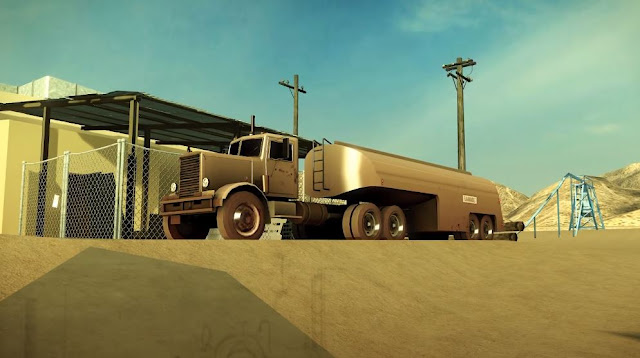 What would follow would be a road-trip where avoiding the authorities, E.T. style would be the main story.  Screenshots from the documentary show a roadside diner and desert roads very much in the same style as Duel and in fact at one point the truck from the movie can be seen. 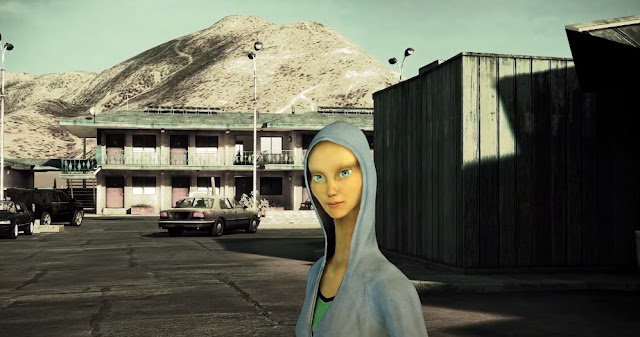 The game was set to be a first person view with melee combat being shown in the documentary.  Obviously, it looks a little rough around the edges but this game was cancelled and if it had hit the shelves then a lot more development would have taken place.  You can see some footage from the game in the video below and LMNO is around 22m20s.