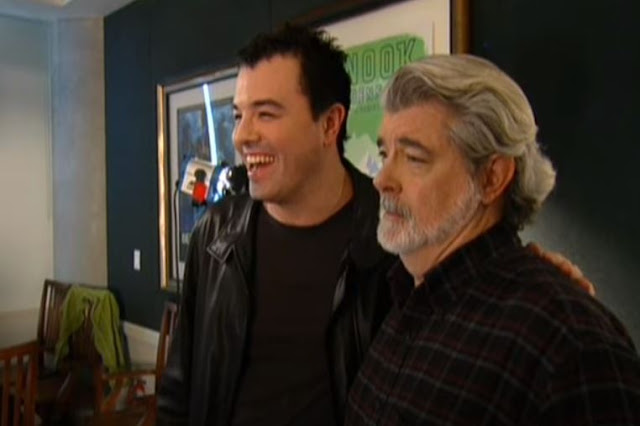 You can absolutely tell that Seth MacFarlane is a fan as he's like a kid in a sweet shop touring around Lucasfilm. It really is a fantastic interview from way back in 2008. George explains that they are currently filming The Clone Wars.  George also give Seth some insight into movie-making and reveals that whatever film you make you will have to watch at least a hundred times which is a punishment.

He also said his Tivo was full of Family Guy episodes but admitted to never buying an episode.  Seth, a little disappointed said he's bought all his movies.  The best bit is Seth testing George on tracks from the soundtracks.  Did he do well?  Check it out below: