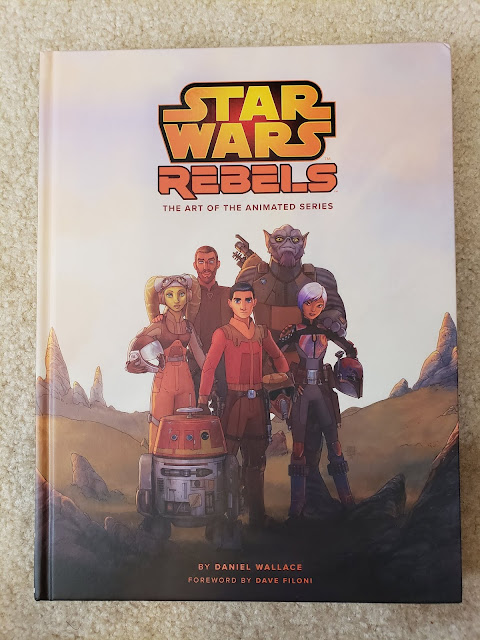 Star Wars publishing has  decades-long tradition of Art Of books that cover the films and other projects within the franchise. These books are a treasure trove of insight, background and artwork associated with the 11 Star Wars films as well as animated series, video games and other projects.

The style of the Art of Jedi Fallen Order is followed closely by the Art of Star Wars Rebels. The books are the exact same height, which makes for nice placement on a bookshelf, a nice touch for reference book collectors like me.

All four seasons are equally covered in this book, with each season divided into subsections that cover Environments, Characters, Props and Vehicles. The book relies heavily on visuals, and does so in a smart fashion. Text is minimal, but effectively written by Wallace. 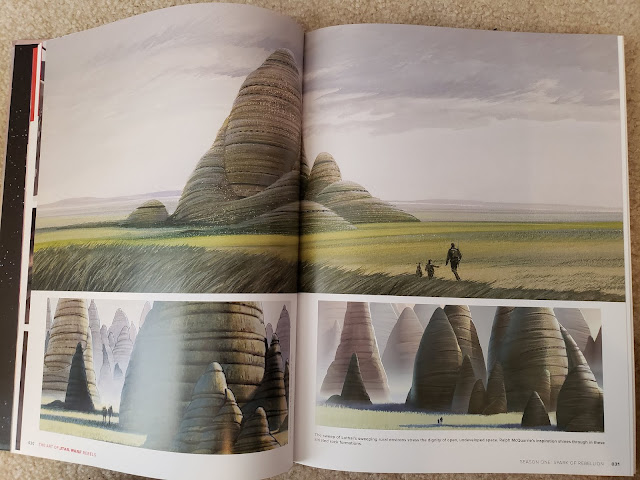 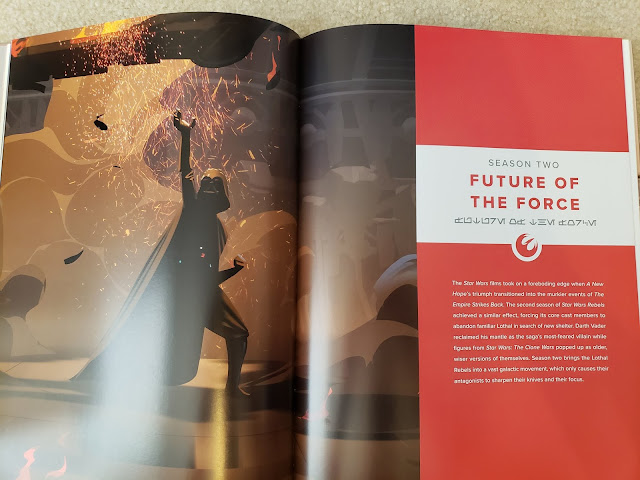 Each season begins with a page like this, with a new label for that season. This piece of concept art, associated with season 2, shows Darth Vader Force-lifting a destroyed Imperial Shuttle, as shown in season 2's Siege of Lothal. 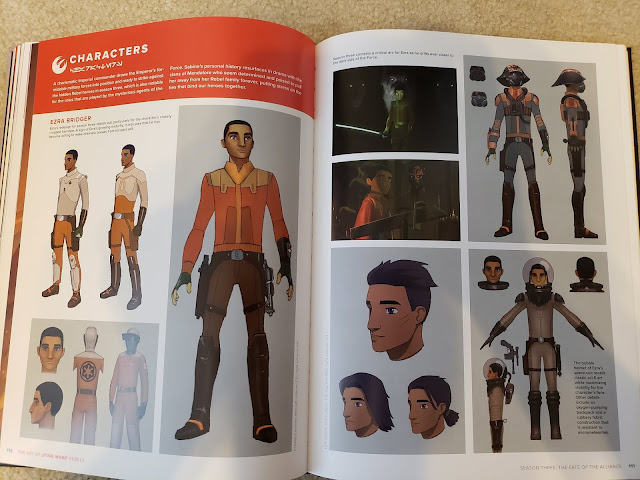 The Characters section is my favorite of the book. The book goes way deep into the show, detailing obscure characters like Tristan Wren and Tiber Saxon. There's even a page dedicated to Palpatine in his white robes of office, seen briefly in "World Between Worlds." If there's a character that saw a decent amount of screen time, he/she has space dedicated to them in this book. Wonderful depth in terms of character coverage, although as I stated earlier, the text that goes with each character is fairly minimal. 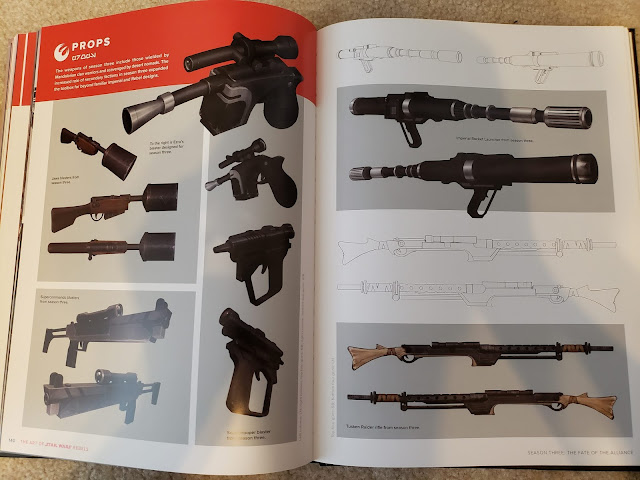 Want an up-close look at the knife Kanan used to cut his hair? Check. Ahsoka's white lightsabers? There. This book also dedicates a few pages to the posters created for the 2016 Pablo Hidalgo book "Star Wars Propaganda." 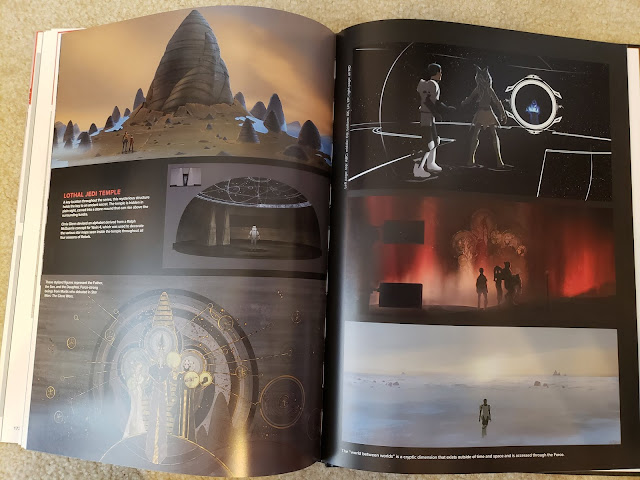 The above-pictured spread details the World Between Worlds, a highlight of the show for me. These pages are illustrative of the amount of text that goes with the illustrations. There's not much of it, but what there is, is informative.

Star Wars Rebels mirrors its sister show, Star Wars: Clone Wars in many ways. Besides its 3D animation style, and a similar set of artists behind the show, Rebels matures throughout its run, much like Clone Wars. The characters evolve, the themes get more complex, and the stakes get higher and higher the longer the show goes on. A show as groundbreaking as Clone Wars deserves a book just like this one for Rebels, which is a comprehensive look at a show that is an absolute gem within the franchise.

Even if you have just a passing interest in Rebels, this book is well worth your time. The talents of Filoni and other key members of his team like Joel Aron, Killian Plunkett and others shine brightly in this book. It's the perfect companion to a show that contributes heavily to the overall mythology of Star Wars. Rumors are circulating that a sequel series to Rebels is in the works. The open-ended conclusion to the series, with Ezra missing and Ahsoka reuniting with Sabine, begs for a follow-up story. I can only hope that what Filoni and company have in store for a follow-up matches the fun they delivered with Rebels.