Review: The Art of Star Wars: The Rise Of Skywalker Will Make You Appreciate The Movie More 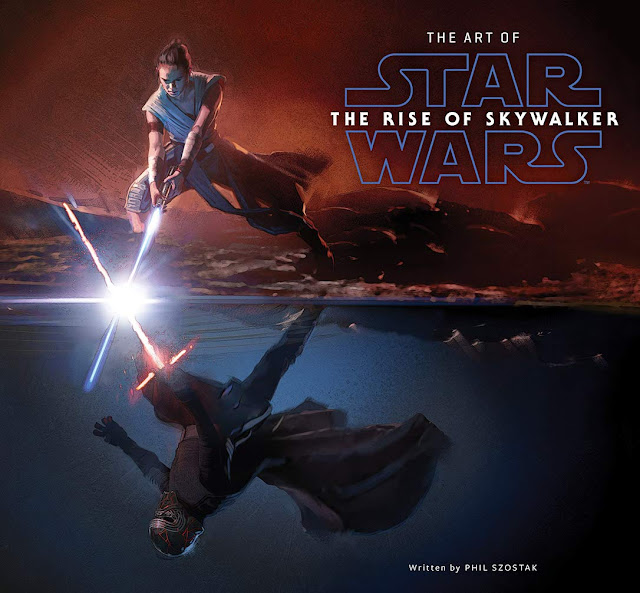 The Art of Star Wars: The Rise of Skywalker

I'm always a little weary about an "art of" book as some can be a lazy affair.  I've purchased similar books in the past and been disappointed that they have been just pages and pages of concept artwork and no real explanation.  No behind-the-scenes information or thought process.  But, thankfully The Art of Star Wars: The Rise of Skywalker is not one of these examples.  Instead it's a book packed with beautiful artwork as you would expect but also a detailed look into the making of a movie and in particular how clever, talented people brought a Star Wars movie to the big screen.

The book has a foreword by Doug Chiang who is an Academy Award-winning artist, author and production designer.  He is the creative designer for ILM and worked on movies such as Terminator 2, Forrest Gump and Star Wars Episode I and II.  We also get an extensive "who's who,"  a list of names and what they did behind the scenes.  This page will become invaluable as you read the book as there are a lot of quotes from artists, technicians and more.  You soon discover your favourite concept artists and Jake Lunt Davies (who curiously wasn't in the who's who list) was easily my favourite, coming up with some wacky concepts.

There are 256 pages within the hardcovers, all packed with details about The Rise of Skywalker.  You don't realise the amount of effort that goes into making a movie until you read a book like this.    Here are ten examples of interesting facts I found reading through the book:

Page 35 - Dave Filoni reveals that he was pleased that Princess Leia had become the ObiWan Kenobi of the entire trilogy.
Page 51 - The concept art for the character played by John Williams in the movie.
Page 76 - There was going to be a scene in the movie where we see Rey dissembling her blaster as it was wet.  This was going to give the viewer a close up of how the blaster works.
Page 95 - There is a rather amusing concept sketch from Jake Lunt Davies in which we see a BB Tank.  This huge tank is in the same style as a BB unit.
Page 117 - Sticking with the BB units and another sketch by Jake Lunt Davies shows BB-8 able to remove one of his panels and resemble a ramp.  This was supposed to be for the chasing First Order's tread speeder, hopefully seeing them careen off of.
Page 125 - There is an alien called the haunted alien.  It has many eyes that all have that worried look.  Apparently this alien had seen thousands of Star Destroyers and had to report his findings to the Resistance.  J.J. Abrams loved the creature and wanted it to appear somewhere in the movie. (I want an action-figure of this alien - Rob.)
Page 145 - The Jungle Speeder is actually a hybrid of the early designs of the Snowspeeder by Joe Johnston and Ralph McQuarrie.
Page 152 - Kevin Jenkins came up with an idea of a massive ship or space station that would "eat" the rings around a planet.  J.J. Abrams loved the idea but ultimately couldn't find a place in the movie for it.
Page 191 - The stolen ship (Ochi's) as instructed by J.J Abrams had to resemble the ship from the Force Awakens where Rey's forceback vision shows the ship leaving the ship from Jakku.
Page 232 - The large ice-berg in the movie was nicknamed the "spice-berg."  Not the "Space-berg" as some wanted.

Phil Szostak has produced a wonderful book that is an extensive look at the making of The Rise of Skywalker.  There are a few omissions in the book.  As highlighted by The Bearded Trio's Brad Monastiere, I can't find a single mention of Darth Sidious, not even in the index.  However, this aside, the book is a must have for Star Wars fans and like any good behind-the-scenes book, it has made me appreciate the movie more.

You can pick up the book on Amazon for £25

Thanks to Abrams Books for sending me the book for review.