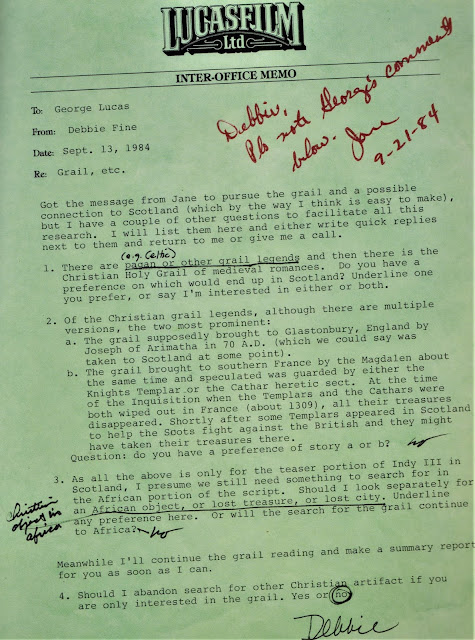 Scotland Holds The Secret To The Holy Grail

A boat chase, a female archaeologist, a package in the post, the return of Marcus Brody, a German tank and the quest for eternal life were all packed into this eight-page treatment.  This official Lucasfilm memo from 1984 shows that George Lucas was not only trying to get the Holy Grail involved but also a connection to Scotland.  George Lucas tells us:

"The Holy Grail had been an early idea on the artefacts...I think it was one of the original ideas around Temple of Doom, but Steven didn't like it.  I brought it up before The Monkey King, but again he said, I just don't get it.  I had given the Grail some supernatural powers-healing and fountain-of-youth powers and those ideas were put into the Monkey King scripts, but the original idea was the Holy Grail, and it just kept getting kiboshed."

Lucas pursued his Monkey King script, even hiring Chris Columbus to assist but in the end it was scrapped.  The script contained spirits and ghosts and a heavy Chinese influence.  A second draft was completed in 1985 called Indiana Jones and the Lost City of Sun Wu King.  Both incarnations included a castle in Scotland even taking it as the opening scene.  Lucas continues:

"I salvaged the whole haunted-castle-in-Scotland idea because it wasn't used in the second film...We took it and made it the opening of the third film, but it got kiboshed a second time.  It really came down to the issue of the supernatural, with Steven and going back and forth about how believable it would have to be.  The Monkey King had a lot supernatural powers.  Finally we just gave up and started over again.  It was a really good screenplay.  It was just a little less realistic than what we were used to."

Ultimately, Spielberg didn't like the supernatural theme in Monkey King so another screenwriter was brought in.  Menno Meyjes, fresh off The Color Purple brought the script closer to what we would end up with.  The Holy Grail theme was reworked and used more as a metaphor.  Finding the Grail brought Indy closer to his Father who had been missing in his life.

The script was almost there.  Jeffrey Boam was brought in (Innerspace, The Lost Boys.)  After two further versions, we finally said goodbye to the Monkey King and hello to The Last Crusade.  The scene from Scotland didn't make it but we did get that now memorable scene with the tapestries.  At least George still got his foreboding castle scene. 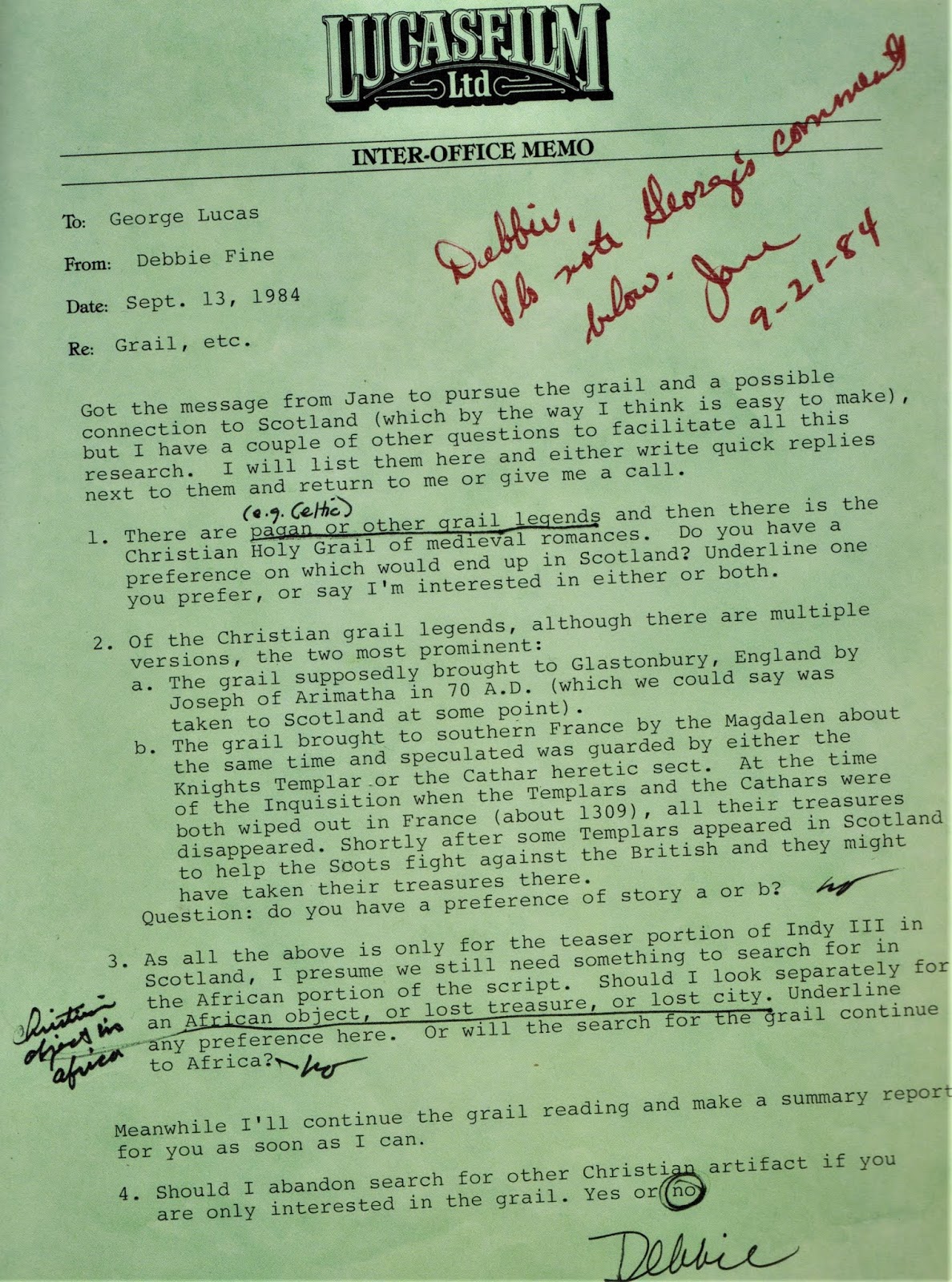