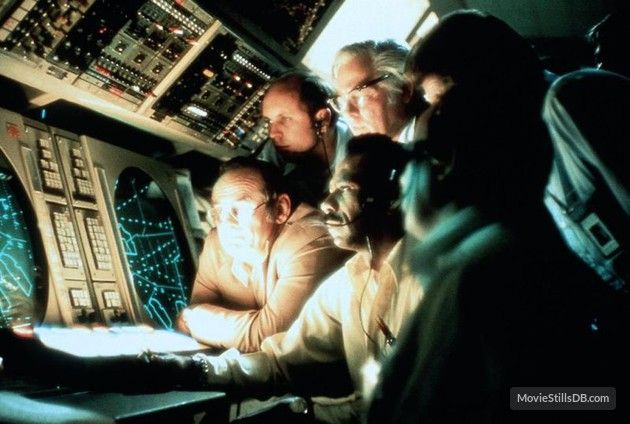 Taking A Look At One Of My Favourite Steven Spielberg Scenes: The Air Traffic Control Scene From Close Encounters of the Third Kind

One of my favourite scenes in a Steven Spielberg movie is from the 1977 classic, Close Encounters of the Third Kind.  It's the traffic control scene where the operator asks the pilot if he wants to report a UFO.  The fact that we can get involved in a tense scene between a couple of aircraft completely off screen making us use our imagination to fill in the gaps is pure genius.  We hear the pilots trying to figure out what exactly they are witnessing as the object whizzes by getting too close to them.  Then they refuse to report a UFO for fear of stigma and not knowing what exactly they just saw.  It's a gripping scene that I never tire of watching.

It turns out that this scene was actually shot before the movie was officially "green-lit."  Columbia realised that in order to qualify for funds from tax shelters they would need to shoot at least one scene before the new year.  This scene was chosen and was shot in a practical location.  No main characters were allowed to be shown or referenced in the scene.

The location was an air traffic control facility in Palmdale, California and shot on December 29th and 30th 1975.  Local actors were used and come the new year, Close Encounters of the Third Kind had its first scene shot.  In the scene the air traffic control was referenced as the Indianapolis Center.

The main character (Harry) we see in the scene in the air traffic control center is played by David Anderson. According to IMDB this was his first piece of work but went on to appear in many movies albeit low budget straight-to-video films, but a career he did have.  One funny memory I have of this scene was for years (and I'm not alone here) I was convinced the character was either played by Morgan Freeman or Jason Bernard who I knew from the Wing Commander III game.  These were the days before the Internet was readily available (in my defence.)

Below is the script for the Traffic Control Center scene.  Notice at the end of the scene where it was intended originally to have the credits run as it cuts to black.  This scene was at one point scene 40 but during this particular revision was moved to the opening scene. 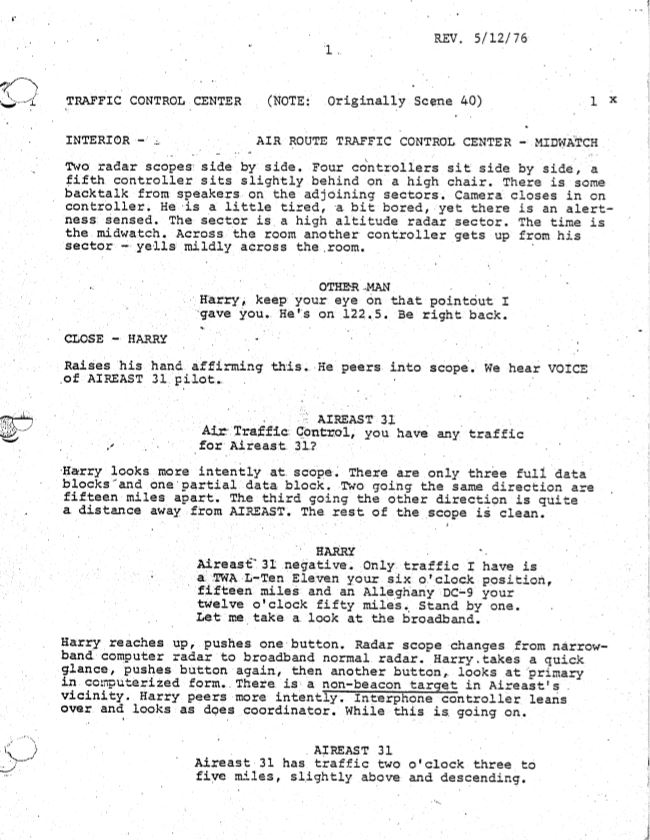 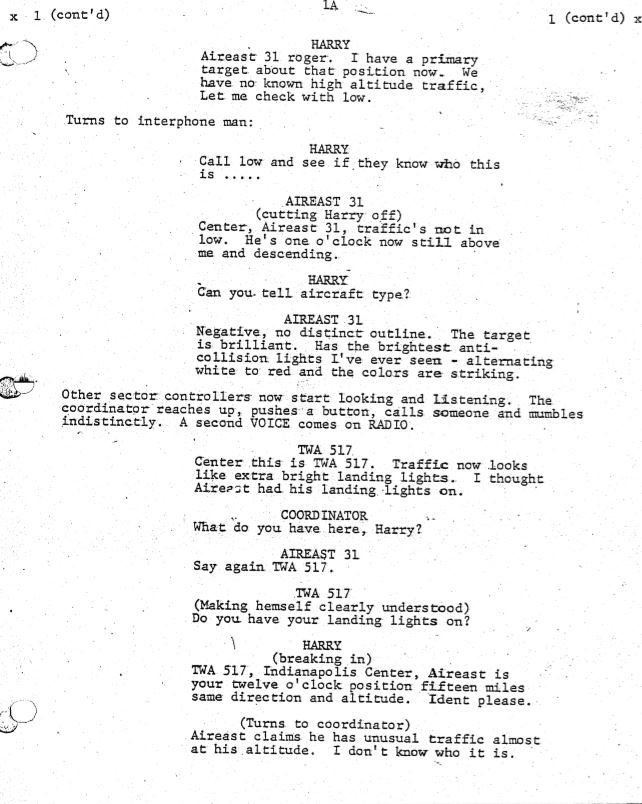 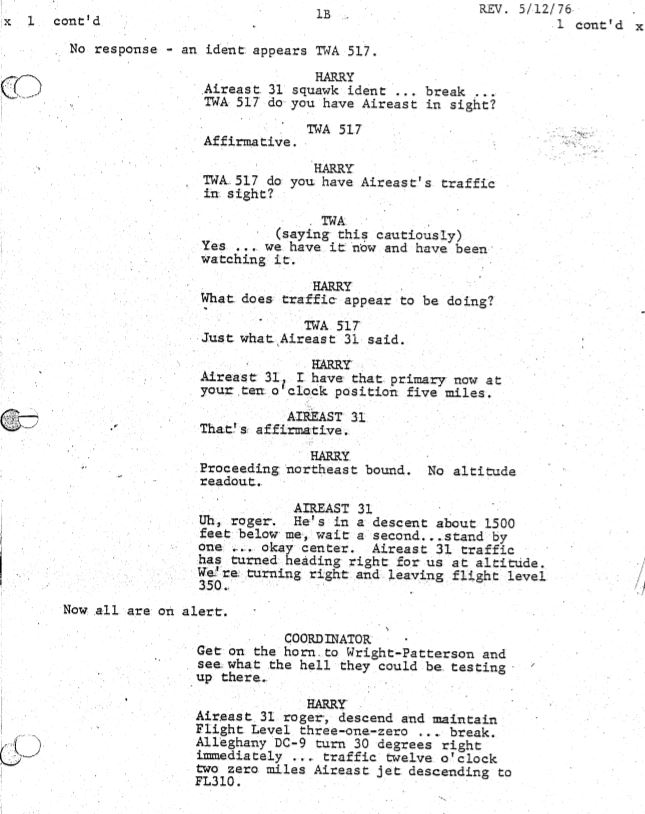 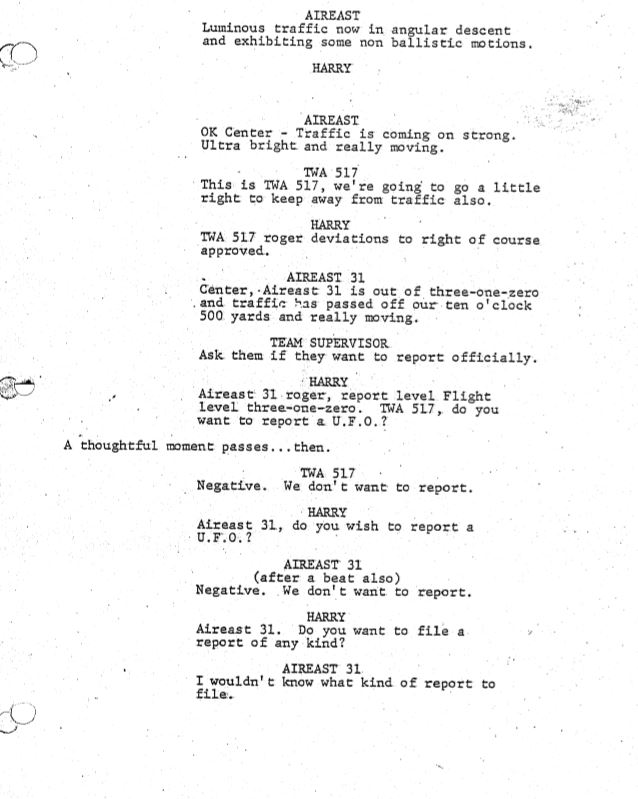 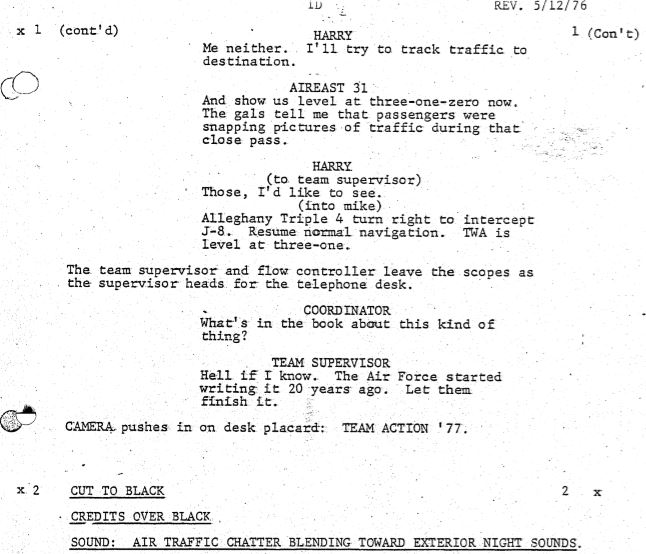 Incidentally the moment where the air traffic controllers and the pilots decide not to report an unidentified object has actually happened in real life.

Happened to me years ago....aircraft I was speaking to saw some light that we couldn't explain. We decided not to file a report lol
— ATC Consultant (@atcconsultant) May 28, 2019

And in case you were wondering what it actually sounds like when an unidentified object appears on the radar at an air traffic control center, here's a video from JFK airport where for the first five minutes they refer to the object as an "unidentified flying object". The UFO turns out was a para-glider.

There is also a video from an actual pilot who explains how often they report on UFOs.

Back to Close Encounters of the Third Kind and in the air traffic control scene we hear from one of the airlines, AirEast 31.  There is actually a deleted scene where we get to see the aircraft taxiing on the runway and a number of cars approaching.  The scene then cuts to men in suits heading toward the cockpit, closing the door behind them and another official asking those on-board to give up any recordings they have.  He explained that classified government testing was being conducted.  I've placed the scene in the video below at the end of the air traffic control scene.