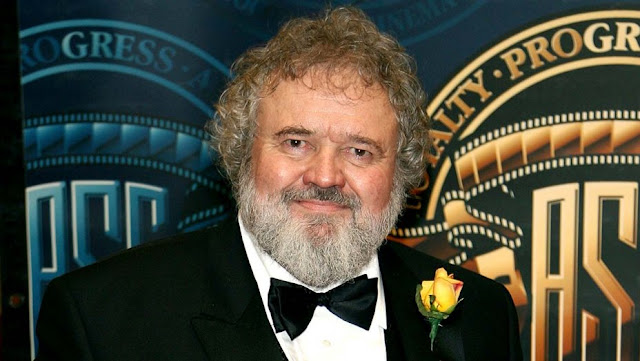 It is with great sadness that we learn of the passing of Allen Daviau who was Spielberg's Cinematographer and a five-time Oscar nominee.  Allen was age 77 and unfortunately died from complication associated with the Coronavirus.  He had worked with Steven Spielberg on a number of films including The Empire of the Sun, E.T. The Extra Terrestrial, The Color Purple and Kick the Can from the Twilight Zone: The Movie. He had even worked with Steven way back in 1968 on the movie short, Amblin.

Steven Spielberg paid tribute:
"Allen and I started our careers side by side … [he] was a wonderful artist, but his warmth and humanity were as powerful as his lens. He was a singular talent and a beautiful human being."

Dee Wallace, also paid tribute on Twitter:
"My heart is heavy. My beloved cinematographer from ET, Allen Daviau has passed from complications of COVID-19. A gentle, beautiful, talented soul. I was elated to walk onto the set & find out he was shooting ET. You will be missed my friend!"

Kees van Oostrum, president of the American Society of Cinematographers confirmed Daviau’s passing in a statement:
"It is with great regret and sadness that I have to announce the passing last night of my friend and a great member of the society, Mr. Allen Daviau, ASC. Allen started his career shooting the early movies of Stephen Spielberg, including Amblin (1968), and went on to an impressive career as a cinematographer with movies that have deeply inspired us all. He was honored with 5 Academy Award nominations, was bestowed our Lifetime Achievement Award in 2007 and won our Outstanding  ASC Achievement in Cinematography for Bugsy (1991) and Empire of the Sun (1987). He amassed an impressive body of work: E.T. the Extra-Terrestrial (1982), The Color Purple (1985), and Avalon (1990), just to mention a few."

"Allen was 77 years old and I am proud that we were able to host him during our 100-year celebration last year. He told me then that it was for him “one of the best of gifts life had to offer.” His smile that evening was affectionate and many of us were able to pay him respect. You will be missed so much, dear Allen,"

Our thoughts are with his family and friends during these difficult times.