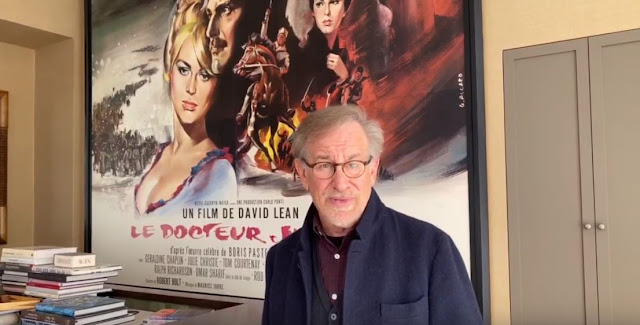 Movies are more important than ever right now as we all look to self-isolate during the current world outbreak of CoVid-19.  So as a result the good folks over at The AFI including Steven Spielberg have launched The AFI Movie Club.

The initiative hopefully will encourage you to stay at home and revisit old classics.  There will be virtual tools too to discuss the movies that are on offer and the first one is the beautiful classic, The Wizard of Oz from 1939.  Steven Spielberg says in his introduction video:

"Now I know you think you’ve seen it, but think again, because right now at this moment in history what better message is there than ‘there’s no place like home’?"

You can find out more on AFI's official page and each day the film will change and give you information of where you can stream the movie and discuss with other movie lovers.