ESCAPISM: HOW STEVEN SPIELBERG, GEORGE LUCAS AND JOHN WILLIAMS CAN HELP WITH SELF-ISOLATION 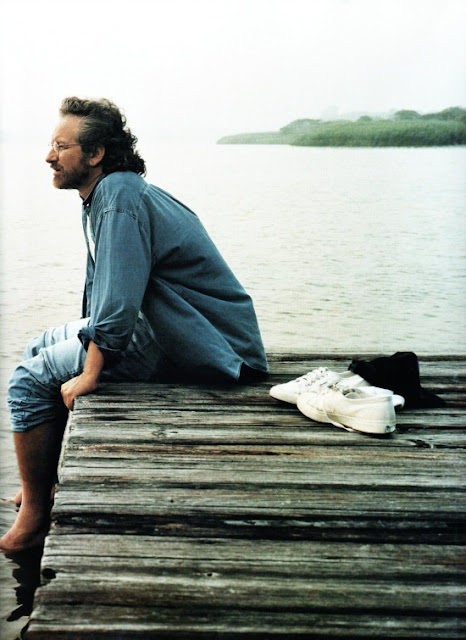 Exploring The Importance Of Escapism And How The Bearded Trio Can Help.  Article By Brad Monastiere

If you have a TV, computer, tablet, or anything that accesses anything in the outside world, you know everything is terrible.

COVID-19, also known as the Coronovirus, has taken over nearly 100 percent of news coverage around the world. There’s a mixture of fear, panic, distrust and hostility in the air. At times like this, when I am inundated with bad news, I search far and wide for good news. Or something good.

I was 4 years old when A New Hope bowed in theaters in 1977. I still remember seeing it to this day, and feeling angry that Darth Vader got away. Oh if I only knew!


When asked by people what it is that so fuels my Star Wars/Indiana Jones fandom, the word that consistently comes to mind is Escapism.

Webster’s defines Escapism as “the tendency to seek distraction and relief from unpleasant realities, especially by seeking entertainment or engaging in fantasy”. This definition clearly illustrates what keeps me coming back to the entertainment Lucas, Spielberg and Williams have produced for decades. 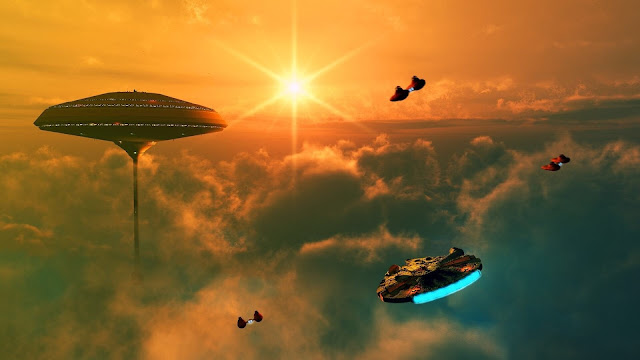 Empire Strikes Back, to me, is the Star Wars film that seemed most like it was filmed not on Earth. The settings are totally immersive. The hangar on Hoth is bustling with activity, top to bottom and left to right. The Dagobah swamp, dark and moody everywhere you look. Bespin’s Cloud City, more beautiful than a postcard. And because the characters are already known and familiar, we accept them and the environments they inhabit. Much credit here ought to go to production designer Normal Reynolds, who was responsible for filling the screen with hundreds of minute details on the set, most of which would escape even the most observant fan. 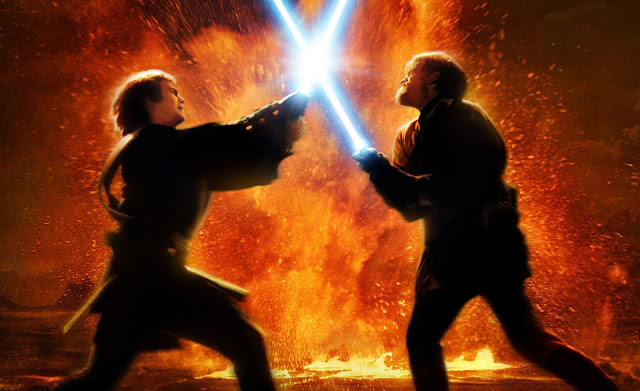 Give a re-watch to the Mustafar duel in Revenge of the Sith. Again, didn’t feel like it was filmed on Earth. Ben Burtt’s sound design here is truly top-of-the-line. The random rumbles really put you there in Anakin’s and Obi-Wan’s world, with the apocalyptic setting and mindset of the characters taking hold. Anytime I am immersed in that scene, I tend to forget anything and everything around me. Is that not escapism at its finest? This is where ILM’s advancement of creating complete, otherworldly environments hit a peak for its time.

While A.I. falls low on my Spielberg Top Movies List, I feel like this film delivers the concept of escapism as well as any of his films do. This, and Ready Player One have little grounding in the real world, and they give you the sense that you completely exist in the worlds occupied by the characters on the screen. It’s alien, it’s foreign and reminds you nothing of what you live in every day.

Although the Indiana Jones movies appear, and are fully intended, to have happened on Earth, there are a couple of scenes that take me completely away from the present day.

The entrance to the Temple of Doom itself. The deep male chanting, the lava environment (again), and the steady beating of percussion instruments fully envelopes my senses, going to a place “no one has seen for a hundred years.” 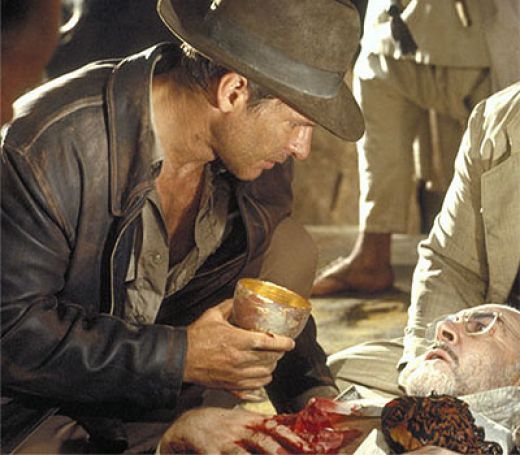 The healing of Henry Jones, Sr. in The Last Crusade. Last Crusade seems like the most real-world based film in the Indy series until we get to this final, dramatic scene. We already accept the Holy Grail has abilities not of this Earth. Nearly the entire film up to that point is engrossed in 1938 reality. But the act of healing Henry’s gunshot wound with the water from the Grail, Marcus’s sign of the cross, and the incredulous, but happy looks on the faces of the surrounding characters, tells you that we have just existed in a moment of the Fantastic. A miracle not meant for mortal men.

As for John Williams, I don’t think any person in the world is as responsible for shepherding me through hard times like this man and his music have.

Music is almost universal in its appeal to people of all ages. It carries with it a certain something that speaks to the heart and to the soul. Maybe it has nostalgia.

Williams’s music, obviously, has no English words in it. Which makes it impossible to try and apply meaning to those words to your life, situation or moment. It expresses itself wordlessly, allowing the listener to apply his or her own emotions to what they are hearing. When I listen to his music, I want my spirits to soar, to be inward-looking, or to just sail where the musical wave takes me. No one does that like John Williams. His music’s attachment to different scenes in his films only adds that layer of “take me away” while it’s playing. I hope it has had the same impact on any of you that are reading this.

As the effects of COVID-19 continue to spread, and society comes to more and more of a screeching halt, carve out some time for yourself to escape to the works of Lucas, Spielberg and Williams. It won’t act as a medicine to this virus. It might not restock your store shelves with toilet paper or restart the NCAA basketball tournament. But maybe, for 5 minutes or 2 hours, it can provide you an escape route from the relentless bad news of the day. Allow that process to happen. Don’t try to dull the joy for that period of time with the reality, which will be there regardless. But as Agent Dale Cooper once said in Twin Peaks - “Give yourself a present.” George Lucas, Steven Spielberg and John Williams have been gifts for us for decades. In this time of difficulty, go ahead and open and enjoy that gift.

Here are my favorite “escapism” musical tracks by John Williams, one per Star Wars and Indiana Jones film. These aren’t necessarily my favorite tracks from each film, but ones that, in my view, provide the truest form of escapism from those soundtracks. I hope these, or other tracks, can provide you with the same kind of comfort in these times and in good and bad times in the future.