This Hitchcock Star Wars Mashup Is A Must Watch! Darth by Darthwest 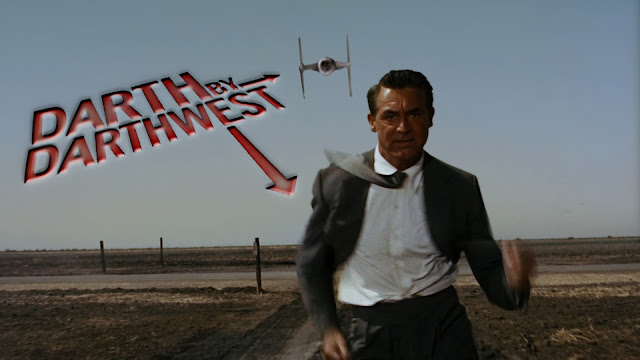 I am constantly amazed at how talented the Star Wars fan community is.  Especially when it comes to fan movies or more specifically in this case, a mashup fan movie.  Talented, Fabrice Mathieu sent us his video which consists of a mashup of Alfred Hitchcock's classic 1959 thriller, North by Northwest and of course Star Wars.

It really is a must watch as we see the iconic scene with Cary Grant being chased not by a bi-plane but instead a deadly Tie-Fighter!  Look out for C3PO, BB-8, Jabba's palace and the Millennium Falcon in this seamless coming together of two classic movies.  Fabrice had this to say about the project:

"The original scene of "North by Northwest" lasts more than ten minutes. I cut half of it for "Darth by Darthwest"!

I used Photoshop, After Effects and Final Cut for the special effects, the editing and the new sound design. For the music, it was very interesting to mix the original score composed by Bernard Herrmann because there is no music during the scene. (The music begins in the original film only with the plane crash.)

For the TIE Fighter, I used different sources: Star Wars and footage found on the Internet (for the sound, too), some of which already utilized a green screen. For the rotoscope process, I used masks, and color keying with the blue sky to erase the plane (for example). I made 70 different shots with SFX."