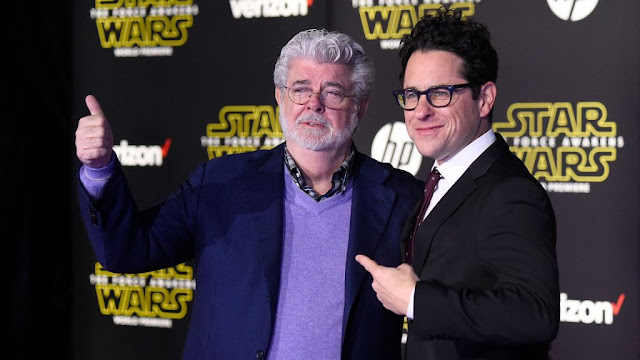 "The George" Replaces The Wilhelm Scream

In an interview with Good Morning America, sound designers for Star Wars: The Rise of Skywalker, David Acord and Matt Wood revealed that there is a scream in The Last Jedi and other recent Star Wars movies that is referred to as "The George."  Speculation is that this is actually George Lucas and the designers refused to deny or confirm this rumour:

“The Rise of Skywalker”, sources tell ABC News, also contains a deep audio Easter egg: a scream that is actually the voice of "Star Wars" creator George Lucas. The clip, affectionately called “The George”, was originally recorded for the director’s 1973 film “American Graffiti." It has appeared in several movies, including “Rogue One: A Star Wars Story” and “The Last Jedi”.

Acord and Wood acknowledge they did use a special scream in “The Rise of Skywalker”, but won’t say where it appears. They won’t even confirm that it’s Lucas.

“The George” has now replaced “The Wilhelm”, a famously distinctive scream that legendary "Star Wars" sound designer Ben Burtt wove into the soundtracks of dozens of movies, starting in 1977 with “Star Wars” when a Stormtrooper falls down the shaft of the Death Star. He put the Wilhelm in every Indiana Jones film and dozens of others.