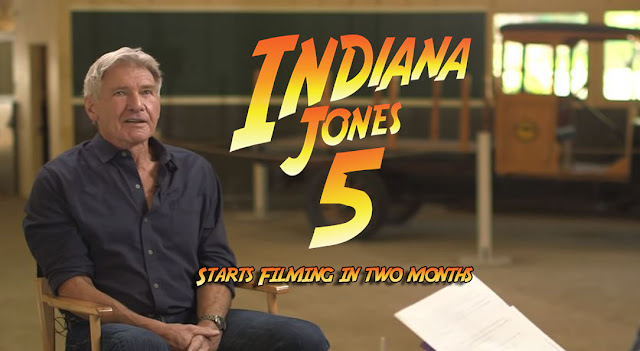 Harrison Ford has just casually confirmed in his unique way that he will be returning to Indiana Jones in around two months.  In an interview for 'CBS Sunday Morning' Lee Cowan asks Ford what's the challenge of coming back to the same role.  Ford replies by saying:

"trying not to look silly running around in tight pants and high boots...I'll try and give you a more appropriate answer, considering that I'm going to start doing Indiana Jones in about two months"

He goes on to say that he is always delighted to come back to these characters because people enjoy them and feels obliged to make them as ambition as when they first started. He also referred to fans as customers as he believes the word "fan" is a bit weird to him.

You can watch a preview of the interview below.  The full interview with be shown on Sunday 16th February: