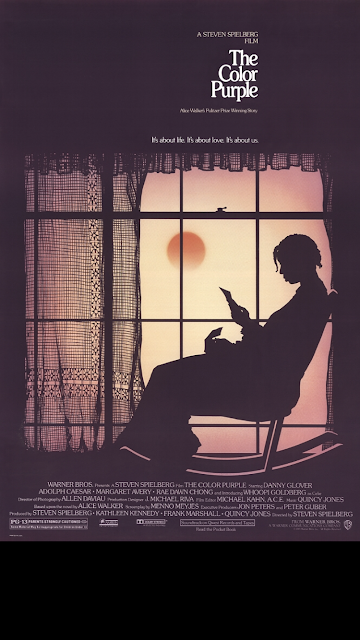 This year marks the 35th anniversary of the film adaptation of Alice Walker's novel about a black woman growing up in the deep South at the turn of the century, and dealing with the struggles of abuse while trying to find her identity.

This was Steven Spielberg's first serious drama. He was at first reluctant to direct it because he felt insecure about his lack of knowledge of the deep South and thought a black director could relate better to the material. He eventually was convinced by the producers, reminding him that he didn't need to be an alien to direct E.T. Spielberg then welcomed the challenge that would serve to prepare him for the future films EMPIRE OF THE SUN and SCHINDLER'S LIST. 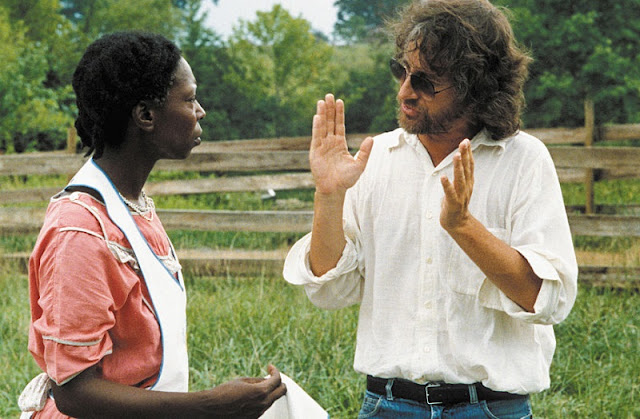 The careers of both Whoopi Goldberg and Oprah Winfrey kicked off with this film. Whoopi got the part after doing a comedy act at her audition about a stoned E.T. getting arrested in Oakland, California for possession. Oprah was chosen while she was gearing up to premiere her daytime talk show the following year. Both gave such tremendous performances that resulted in them getting Oscar nominations. Whoopi won a Golden Globe.

Quincy Jones provided the musical score, having signed onto the project before Spielberg was approached to direct. After Jones became a producer as well, he was contractually obligated to stay on as composer. This resulted in Spielberg not working with his friend and frequent musical collaborator John WIlliams for the first time (if you don't include the anthology film TWILIGHT ZONE: THE MOVIE). This would only happen two more times during their 40-something year professional relationship.

This was only my second time seeing this film. My local theater was showing it as part of their Turner Classic Movie Fathom Events with host Ben Mankiewicz, who provides some interesting trivia before and after the film.

This is not considered by the general public to be a popular Spielberg movie, but it is no less important especially during Black History month.