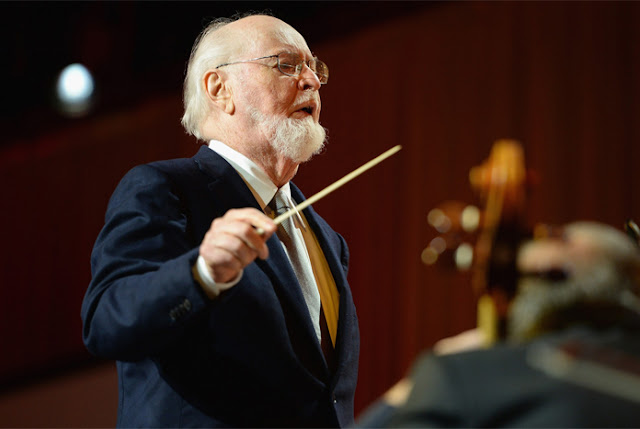 Serious question.  What does John Williams do with all his awards?  Does he have a dedicated room for all the Oscars, Grammys and other numerous awards?  Or does he store them away in storage?  Well whatever he does, he has to add another one to the collection.  Another Grammy to be specific which makes it 25 for the composer.  He won the award for the ‘Star Wars: Galaxy’s Edge Symphonic Suite’ which apparently he penned after being inspired by a Disneyland theme park attraction.  That must have been some inspiration!

The Grammys were the 62nd incarnation and it was 58 years ago that John Williams received his first nomination.

You can listen to the five minute suite below which was recorded at Abbey Road, London with the London Symphony Orchestra.  The piece was a collaboration with composer William Ross who said:

“We wanted to enhance the immersive theatre quality of the land with a new composition, and that seemed to intrigue him. He signed on for it and it’s been a fantastic adventure.  One of the things we’re trying to inspire in our guests is this sense of awe and wonder. There’s an optimism, a sense of adventure; you go on a journey in this five minute piece.”

John Williams also received a nomination at the 65th Grammys for Best Arrangement, Instrumental or A Cappella for ‘Hedwig’s Theme’, which he recorded with virtuoso violinist Anne-Sophie Mutter.