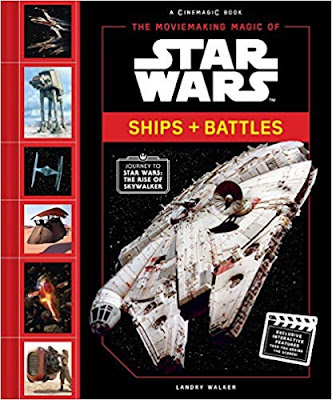 Yes, you may have your tablets and phones to do most of your reading these days but for me there is nothing like a good old fashioned book when it comes to reading about a movie, in particular the behind the scenes aspect.  It may not be as interactive as an app but the information that is at your fingertips, the glossy photos and being able to flick through a book instantly cannot be replaced.  But, if you want a little bit more from a book then look no further than The Moviemaking Magic of Star Wars: Ships & Battles by Landry Walker. 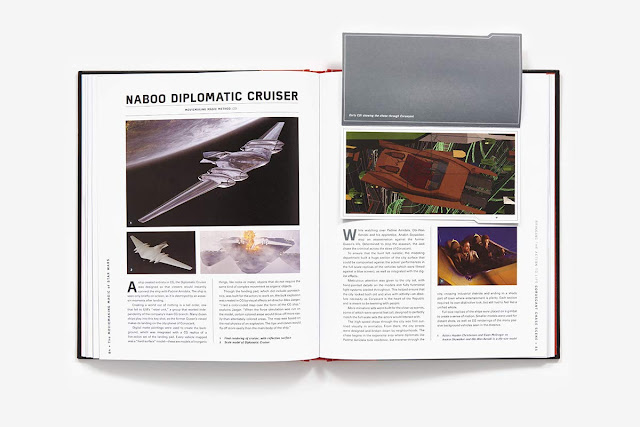 Not only is the book packed with behind the scenes information on all the Star Wars films leading up to The Rise of Skywalker (the movie is mentioned with three pages dedicated to it.  Maybe a later edition will have more) including the anthology movies such as Solo and Rogue One but the book has a little trick up its sleeve.  You see as you read about each movie and how the special effects were created you get more on a page.  For example, you're reading about the Escape Pods from Episode IV and the page has a write up about the creation process and how the model was built with little time or budget to spare.  You get a number of colour photos on the page and one has a flap.  Lifting the flap reveals another two pictures showing the various stages of the model being made to the point you see it on screen.  It's so simple but an effective way of not only providing you with more information but it gives that little more interaction that younger readers seem to crave these days.  Keeping with the Escape Pods and lifting the flaps the first picture is the concept drawing, the second picture shows ILM working with a scale model and the third picture is a movie still of the actual model.  A fantastic way of showing the process from paper to film in three photos.  Some of the pages even have a fold out section with even more photos and information 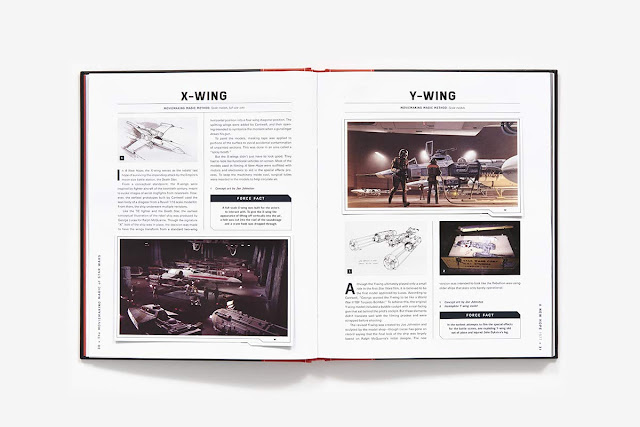 There are other books that provide interaction as you read such as replica props but The Moviemaking Magic of Star Wars: Ships & Battles stays on target and provides a subtle interaction that doesn't get in the way of the reading.  The book feels like a serious behind the scenes book rather than a dumbed-down book that is trying to cater for a wide audience.  The book is aimed at a younger audience and you can see that with the short bursts of information on each subject, that way the reader can read a section in a few minutes and not feel overwhelmed yet still come away with a huge amount of information.  Personally, I loved this layout and wish other books would do the same. 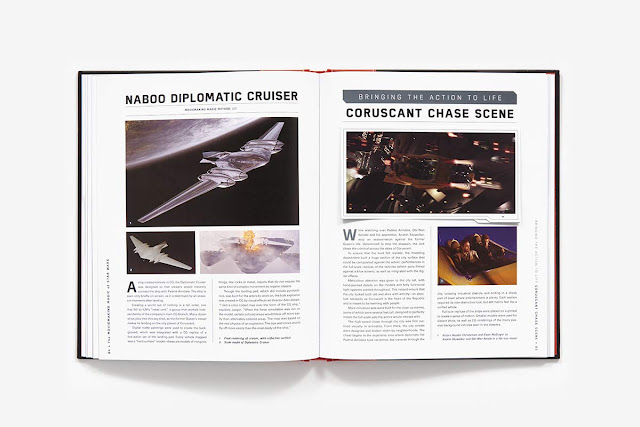 The book consists of 144 pages which are crammed with behind the scenes information, the creation process and trivia facts, a lot I've not heard of before.  Here are just a few I picked up from reading the book:
I am a huge fan of this book.  The layout makes it an easy read and one you can just pick up and read from any point in the book.  It's going to be on my coffee table for quite some time.  The Moviemaking Magic of Star Wars: Ships & Battles is most definitely one for your collection.   It's published by Abrams Books and currently costs £16.09 on Amazon UK (Affiliated link) and $28.45 on Amazon US. 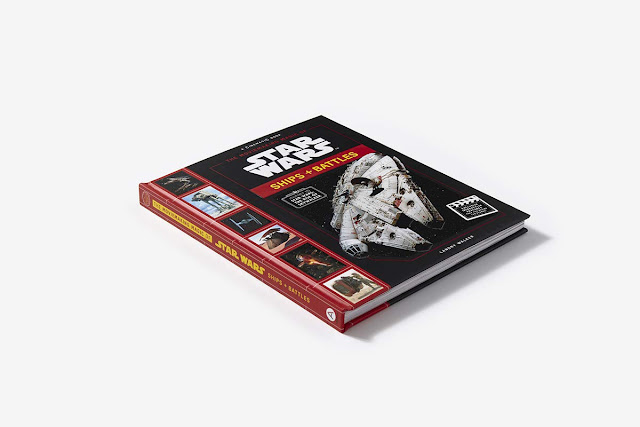 To enhance the experience while reading the book you should listen to the Star Wars soundtracks.  While I was reading it, I was listening to our Star Wars playlist on Spotify.  I've added it below for your convenience.  May the Force be with you.