REVIEW - COSMOS Is My Favourite Movie of The Month. Heavily Inspired By Steven Spielberg 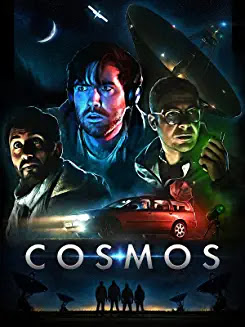 COSMOS Is A Must Watch

I love a good movie and in particular I love a movie that has had a lot of inspiration from the talents of Steven Spielberg, George Lucas and John Williams.  COSMOS is most definitely one of those films.

Elliot Weaver & Zander Weaver are the directors, writers and producers and it was Elliot who contacted me to say they've made a movie based on one of my favourite subject matters, the question of whether we are alone in the Universe.  COSMOS tells a story of discovery not from the perspective of a large organisation like NASA or SETI but through the eyes of three ordinary men, enthusiasts and amateurs, who find themselves at the centre of a series of events that could change our World forever. Is the signal authentic? What does it mean and will anyone believe them?

Elliot told me "My brother and I are massive fans of all things Lucas, Spielberg and Williams and COSMOS was our love letter to the movies that inspired us to be filmmakers. We hope it reminds you of the magic of the movies."

It certainly does!  I was actually amazed at how good this movie looks.  With a main cast of just three and a crew of three, COSMOS was made over six years so wasn't rushed and you can see that.  Elliot says, "COSMOS is also a no-budget movie made by a core team of three and three cast over six years. My brother and I were inspired by indie rebels like Robert Rodriguez and Gareth Edwards to take a second look at the filmmaking equipment we already owned, seize control of our filmmaking destiny and stop asking permission to follow our dreams of making sci-fi movies."

The cinematography, acting, script and soundtrack are of the highest quality and you would think you were watching a Hollywood production.  Actually, I have to give a big congratulations to Chris Davey who composed the music.  A wonderful soundtrack that is full of emotion.  You can listen to it right now on Spotify. 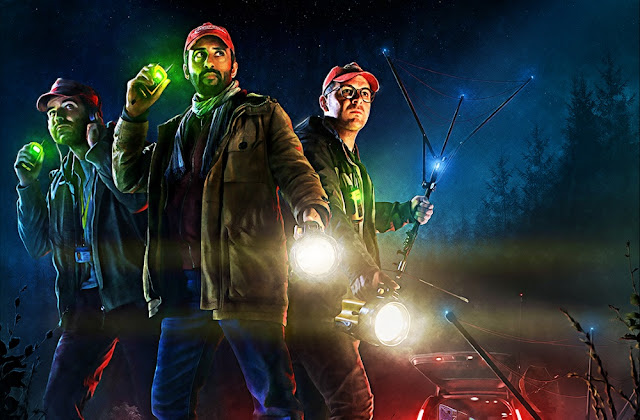 Fans of Spielberg will most definitely pick up on the inspiration throughout the movie with certain camera shots emulating the director and some scenes you would think were straight out of E.T. The Extra Terrestrial.

The subject matter may involve first contact and the question of whether we are alone but like Steven Spielberg's Close Encounters of the Third Kind, the main story focuses on the people in the movie, their reactions and relationships.  COSMOS does the same thing focusing on the friendship of a group of three who have all had recent challenges in their lives and are starting to drift away.  The huge discovery they find brings them back together and a race against time is triggered to save the biggest discovery in the history of mankind.

As mentioned, the script is most impressive and equally impressive is the fact that we have a two hour movie with the majority taking place in a car with three guys.  Yet, I was hooked for the whole journey which was helped by the tight script, clever directing and superb acting.  Three guys that are all likeable and you really do care about the ultimate outcome, rooting for them the whole time.

I've watched numerous movies over the last month, some huge blockbusters at the cinema but for me, COSMOS is my favourite movie of the last few months.  Please support independent movies, especially one as good as this.  A must see.