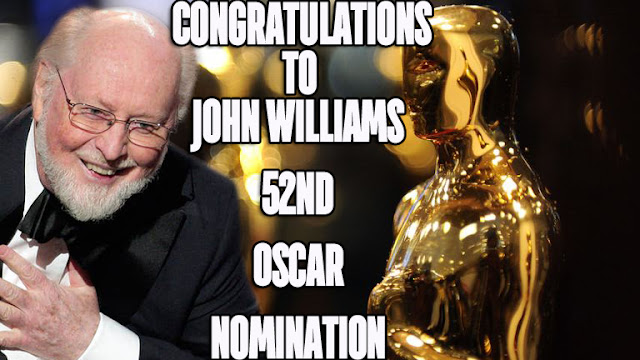 The nominations for the 2020 Oscars are out and Joker leads the way with 11 nominations followed by The Irishman, Once Upon A Time In...Hollywood and 1917 all with 10 each.

Star Wars is represented too with the usual categories that a Star Wars movie gets nominated in: Visual Effects, Costume Design, Sound Design and of course Original Score.  It's John Williams last Star Wars score and of course he should have been nominated.  It makes it his 52nd Oscar nomination, extending his lead for most nominated living person.

The 92nd Academy Awards will be held at the Dolby Theatre in Hollywood on 9 February.

Supporting Actor:
Tom Hanks, “A Beautiful Day in the Neighborhood”
Anthony Hopkins, “The Two Popes”
Al Pacino, “The Irishman”
Joe Pesci, “The Irishman”
Brad Pitt, “Once Upon a Time in Hollywood”