Disney+ Coming To Europe (and the UK) March 24th 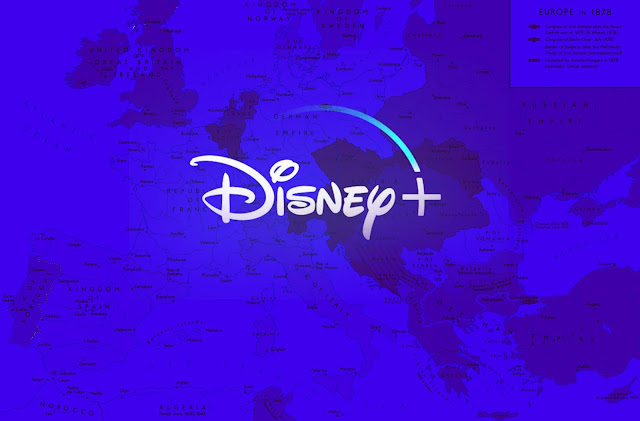 Disney+ On Its Way To Europe

The British are coming!  Well Disney+ is coming to the Brits I should say.  From March 24th, not only the Brits but the Italians, French, Greeks, Germans, Spanish, Swiss, and Austrians will all be able to enjoy the new streaming platform from Disney.  The Mandalorian and other original content coupled with a huge back catalogue will be available for just £5.99/€6.99/CHF9.9 a month or a one off £59.99/€69.99/CHF99 for a full years subscription.

We are promised that Disney+ will be available on a number of platforms including smart TVs and streaming devices.  I really hope there is a native cast option to send to my Chromecast.  Fingers crossed.  Anyway, here's the press release:

Disney+ is the ultimate streaming destination for entertainment from Disney, Pixar, Marvel, Star Wars, National Geographic, and more. From The Walt Disney Company’s Direct-to-Consumer and International segment, Disney+ will be available on most internet-connected devices and offers commercial-free programming with a variety of original feature-length films, documentaries, live-action and animated series and short-form content. Alongside unprecedented access to Disney’s incredible library of film and television entertainment, the service is the exclusive streaming home for films released by The Walt Disney Studios in 2020 and beyond.

The streaming service will launch in the UK, Italy, France, Germany, Italy, Spain, Austria, and Switzerland on March 24th, priced at £5.99/€6.99/CHF9.9 per month, or £59.99/€69.99/CHF99 for an annual subscription. Additional Western Europe markets, including Belgium, the Nordics, and Portugal, will follow in summer 2020.

A Disney+ subscriptions brings you…
The Past, Present, and Future of Storytelling

The service provides viewers of all ages an unrivaled collection of new and library content from the world-class creators of The Walt Disney Company – the visionaries representing nearly a century of creativity from Disney, Pixar, Marvel, Star Wars, National Geographic, and more.

Disney+ offers subscribers high-quality and commercial-free viewing, up to four concurrent streams, unlimited downloads on up to ten devices, personalized recommendations, and the ability to set up to seven different profiles. Additionally, parents have the ability to set Kids Profiles that create an easy-to-navigate interface to access age-appropriate content.

The Disney+ app will be available on a wide range of mobile and connected TV devices, including gaming consoles, streaming media players, and smart TVs. Consumers will be able to subscribe to Disney+ directly at DisneyPlus.com or via in-app purchase and start streaming.