Photo of the day - Harrison Ford as a carpenter with friends 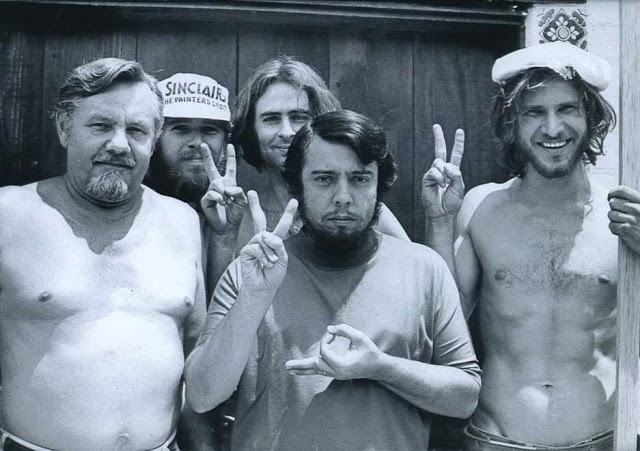 Yes, that is Harrison Ford on the right in the photo.  Here, he's a skilled carpenter, his profession he chose after only getting bit-parts in acting and he was self-taught too. But it was carpentry skills that got him a job with a certain director called George Lucas and a certain  movie called Star Wars.  Lucas had met Ford while Ford was installing a wooden door at Francis Ford Coppola’s house.  The rest is history.

“When I was a carpenter, I once worked with this Russian lady architect. I would tell her, ‘Look, I’m terribly sorry, but I want to change that half an inch,’ and she would say ‘No limit for better.’ I think that is a worthy credo.” - Harrison Ford.