War Horse has been named the nation's favourite film score of the last decade. WAIT! WHAT? 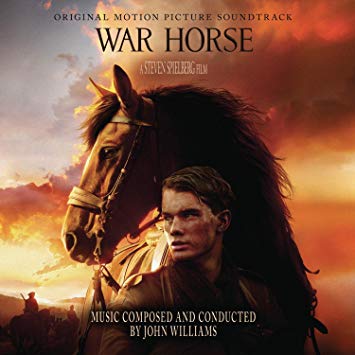 This Top 30 Is A Huge Surprise!

We were sent this news story today and just had to share because I find it rather unusual.  According to a poll by Scala Radio, they asked 2000 adults what their favourite score is and unusually War Horse came out top!  Don't get me wrong the John Williams soundtrack is a beautiful piece of work (Dartmoor, 1912 is simply sublime) and listen to it often but would it be my number one?  What's more, The Book Thief also by John Williams made the top thirty.  Am I being too harsh here? Now, they do say they have (oddly) excluded franchises and sequels (even though Marvel films are allowed) and it's limited to releases in the last ten years but still the results are a genuine surprise to me, here's the full press release for your enjoyment:

War Horse. Despite having lost out on both the Oscar and Golden Globe for Best Original Score to ‘The Artist’ in 2012, the 2011 movie’s music is considered the best among film fans.

A tenth of the population picked the moving film score by John Williams as their favourite, leaving Hans Zimmer’s Inception score in second place.

Another score by John Williams, for The Book Thief, also featured in the top 30 list of greatest original film scores over the last 10 years, which did not take into account sequels or franchise extensions such as Star Wars or Jurassic Park.

Hans Zimmer’s work is also a clear favourite among film fans, with three scores from the Christopher Nolan collaborator placing within the top five, with The Dark Knight Rises at four and Interstellar at five.

The poll, commissioned by classical station Scala Radio, saw six films from the Marvel and DC Universes make the cut, despite recent controversial comments from director Martin Scorsese claiming that superhero films are 'not cinema'.

Scala presenter and UK film critic, Mark Kermode said: "When we think of films, music is often the first thing that comes to mind.

“As the presenter of a weekly film music show on Scala, I’m particularly aware how much people remember movies through their scores.

"Every week we get emails from listeners describing their experience of listening to the soundtrack of a favourite film, which can be as intense and emotional as actually watching the movie.

“It was interesting to see the variety of films on our list – with scores from historical dramas, musicals, childhood fantasies, animation, superhero movies, science fiction, social satire and much more.”

The poll of 2,000 adults found one in five have bought a film score, and a third of the population have watched a film specifically because someone told them the music was so enjoyable.

One in five have even enjoyed a film’s soundtrack so much they’ve made the effort to see it performed live.

Just under two thirds of those polled via OnePoll believe film scores are a great way to encourage someone to get into classical music.

And 38 per cent have been encouraged to listen to a genre of music they’d normally avoid, due to hearing it in a film.

The majority of Brits (50 per cent) believe classical tracks make for the best film scores followed by pop (33 per cent) and rock (27 per cent).

Mark Kermode added: "While many film scores are classical in nature, others can be very experimental, using modern arrangements and instrumentation to startling effect.

“My own favourite scores featured on our list Rachel Portman’s haunting music for the underappreciated Never Let Me Go; Jo Yeong-Wook’s music from The Handmaiden; Clint Mansell’s music for Moon; and Hildur Gudnaddotir’s brooding score for Joker.”

This poll really has got me thinking and I am tempted to do my own top ten scores of the last ten years.  What would be your number one?