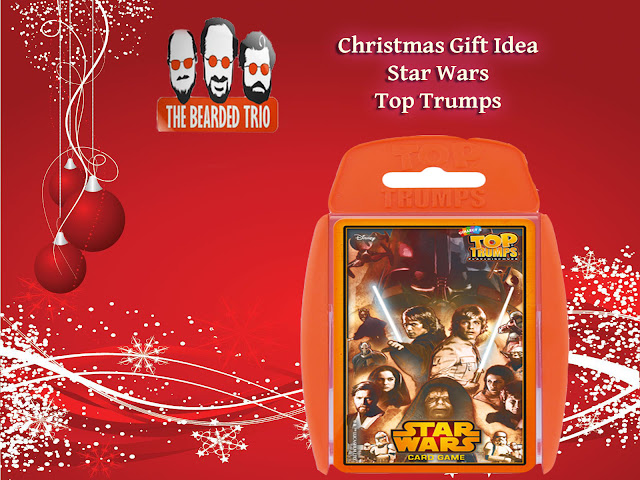 If you grew up in the UK in the 70's and 80's then you were more than likely to have had a pack of Top Trumps at some point during your childhood.  Whether it was a Dinosaurs pack, horror creatures or simply high performance cars, Top Trumps were a popular thing back then.  It's good to see that Top Trumps is still going strong and seems to be a perfect fit for the large movie franchises such as Star Wars.

That is exactly what we got here as our gift recommendation.  It's an inexpensive gift to give to someone and what's more you can have a game on Christmas day.  Just don't blame me if you end up arguing about who's got the strongest card. 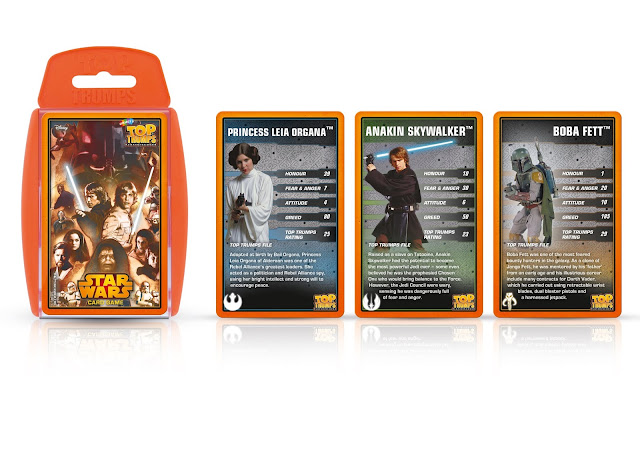 This fantastic pack of top trumps contains 30 playing cards featuring classic Star Wars characters. Compare fear and anger, honour, attitude, greed and top trump rating! Features a short overview of each character Contains Boba Fett and Jango Fett Features Anakin Skywalker and Darth Vader Top trumps is a great family card game. 30 playing cards featuring classic Star Wars characters including Boba Fett, R2-D2, Tarful, Jabba the Hutt, General Grievous, Darth Maul, Darth Vader, Count Dooku, Yoda and Luke Skywalker. In this pack, test your Star Wars knowledge on who has the highest honour, who has the most greed, and who has the most fear and anger. Who has more greed, Jabba the Hutt or Jango Fett? Who wins out of Darth Vader and Darth Maul?