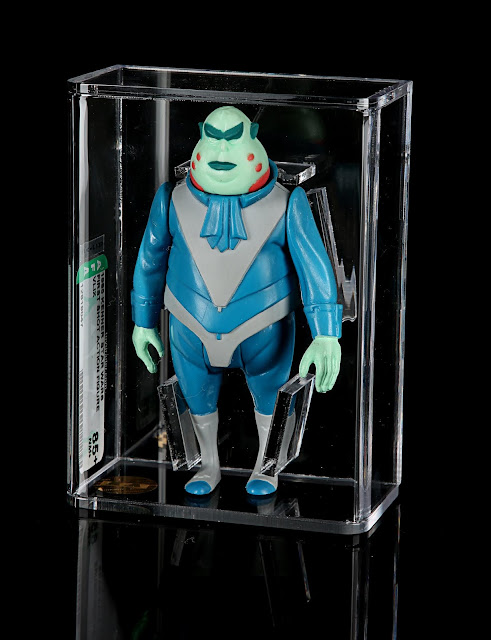 It's missing from my collection and probably a lot of other Star Wars collector's too but someone, yesterday ended the day with a huge smile on their face as a Vlix went to a winning bidder at an auction in exchange for a rather lot of money.  Yes, a Flix AFA85+ sold at a Prop Store auction for £11.250 which is $14,463.  Now if that winner wants to send it my way as a Christmas gift then of course I would except.

Want to read the full press release to see what other goodies rich people have won?  Of  course you do:

one of the world’s leading film and TV memorabilia companies – has today announced results from its first UK live vintage toy auction, with toys and collectibles on offer fetching in excess of £208,790 ($268,953). Prop Store’s two-day Vintage Toys & Collectibles Live Auction was held on Tuesday 26th and Wednesday 27th November 2019 at Prop Store’s UK headquarters in Hertfordshire.

Stephen Lane, Prop Store CEO, commented on the auction: “Following on from our record-breaking US auction, Prop Store UK’s inaugural Vintage Toys & Collectibles auction was a great success. We smashed our estimate and many fans were able to take home some nostalgic gems to add their collections. We are looking forward to bringing even more exciting items to our global auction audience next year”.