MUST WATCH: E.T. Returns Thanks To Xfinity 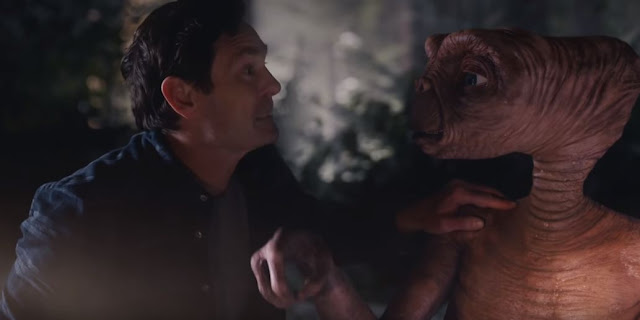 E.T. Has A Holiday Reunion.

Xfinity, a cable television, Internet, telephone, and wireless services provider has released what could possibly be one of the best commercials I've seen in years.  In the new ad we see E.T. returning to Earth to visit his old pal, Elliott after a 37 year gap only to find that Elliott, once the young lad has grown up and now has a family and a rather nice house.  E.T. soon fits in and has some fun with the whole family including a few flying bikes and a reveal of E.T. now having his own family.  Incidentally, Henry Thomas does actually reprise his role as Elliott in the commercial.  It's effectively E.T. 2 in four minutes.

It really is well put together and even has the iconic John Williams score.  Of course it wouldn't be complete without the Spielberg trademark shooting star. Look out for it.

Variety tell us:
“Our goal is to show how Xfinity and Sky technology connects family, friends and loved ones, which is so important during the holidays,” said Peter Intermaggio, senior vice president for marketing communications at Comcast Cable, in a prepared statement. “The classic friendship between E.T. and Elliott resonates around the world, and their story became a very meaningful way to bring our company’s consumer technology to life.”

Comcast approached Spielberg with the concept, according to a person familiar with the matter, and secured his permission for the effort. The director, this person said, appreciated the theme of connection at holiday time. Spielberg was consulted throughout the process.

I'm not kidding when I say I could watch a full length movie centred around a grown up Elliott and E.T.   Well done Xfinity for bringing us a four minute huge tip of the hat to a Spielberg classic. 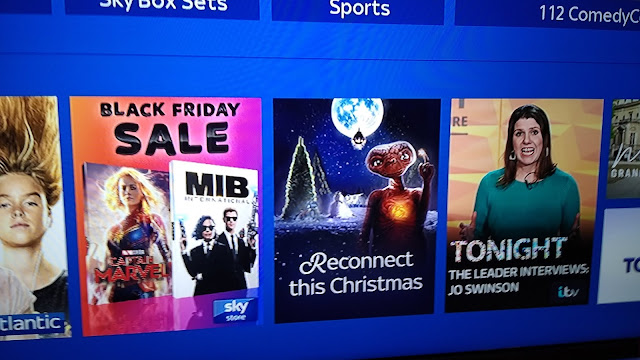 Update:  Sky in the UK are also running the advert but a shortened version (2 mins.)  They have also placed it on the front of the planner for you to find with a rather cute picture and the words "Reconnect this Christmas."