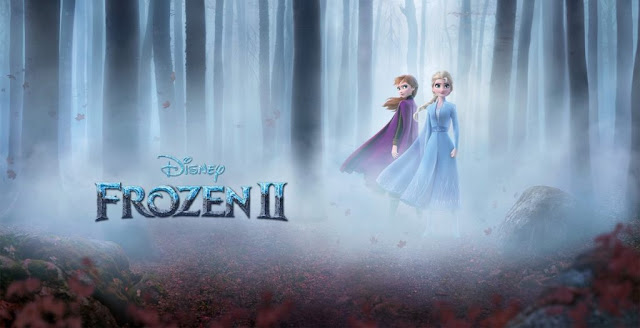 There’s a lot of talk about whether we “need a Frozen II. Well, Of course we don’t “need” it. Let’s be honest, we don’t “need” any sequel (and that includes any and all Marvel or Star Wars movies). The question often would be more accurately phrased as “is there really anything more they can do with this story?” and most of the time that’s a debatable point. But the answer here is a qualified yes: Frozen lends itself to a sequel more so than, for example, Tangled, because it’s a different type of story that broke the mold on the traditional idea of what happily ever after means, and there were still some questions left unanswered (where did Elsa’s powers come from? What happened to Else and Anna’s parents? Is there a way to sell even more Olaf toys?).


Three years after the events of the first film, Elsa starts to hear a strange sound from the north calling her. Together with her sister Anna, Kristoff, Olaf, and Sven, they embark on a new journey beyond their homeland of Arendelle in order to discover the origin of Elsa's magical powers and save their kingdom.

Frozen II works because, like the original, it’s willing to take chances. . It thinks outside the box and creates characters and situations that you wouldn’t normally see in this kind of movie. Its main character is a Princess without a suitor, after all, and unlike so many other films of this type, it never wimps out on its feminist sensibilities (or goes too far the other way to make them feel forced). It's inherent to making a sequel to a fairy tale that you have take away the happy ending of the last one, and that's a big risk, but it pays off here.

The story is very much a sequel story, and both people out there who haven’t seen the original should be advised to do so first. It borders on convoluted, but it plays strongly enough to get past any feelings of overcrowding. It also has interesting subtext given the timing of the Thanksgiving release.

Idina Menzel’s extraordinary pipes are still front and center, and while she may not get anything as iconic as “Let it Go” this time around, there are still moments where it’s not to think “why would I ever want to listen to anyone but her singing?” She also acts the role with the same charm and confidence that made Elsa such an icon the first time around. Kristen Bell’s Anna is her equal in so many ways, and the relationship between the two sisters will always be the strongest aspect of this franchise. Kristoff (Jonathan Groff of Broadway's original Hamilton cast) gets a very amusing power ballad this time around, and his interplay with Sven is great. While fans of Evan Rachel Wood may be disheartened that her role is fairly small, her presence (and her singing voice) are of great significance to the film, and Sterling K. Brown makes a great addition to the cast.

And then there’s Olaf. If you’re not a fan, that’s not going to change, but if you find him funny and endearing, you’ll be very pleased, not only with his humorous moments but his growth as a character.

It is worth noting that there are some suspenseful and even scary elements, and little ones might get pretty upset by one big surprise (we’re not going to include any spoilers, but if you are concerned you might want to do some research before taking kids under five.)

Frozen II isn’t quite perfect, but it’s a worthy effort and a gutsy one. It’s well worth your time and the price of a ticket.