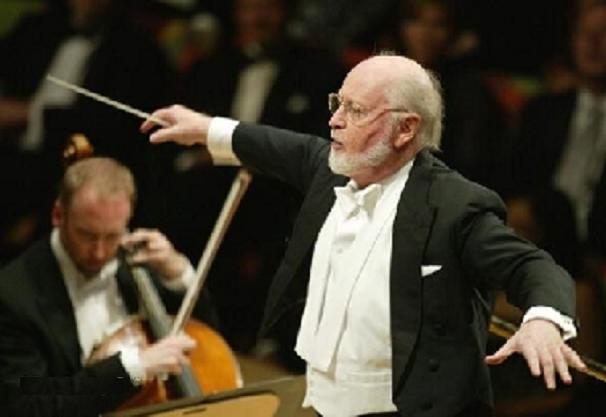 71 not out for John Williams Grammy Nominations

So what are the nominations for?  He's up for two in the composing and arranging field.  “Galaxy’s Edge Symphonic Suite,” written for the new “Star Wars”-themed park at Disneyland, was nominated for best instrumental composition, while his arrangement of “Hedwig’s Theme,” the best-known piece from the “Harry Potter” films, for violinist Anne-Sophie Mutter’s all-Williams album, was cited for best instrumental arrangement.  That's number 70 and 71.

Variety tell us:
Williams’ new version of “Hedwig’s Theme,” a tour de force for violin and orchestra, was written specifically for Mutter, who first begged Williams to write a concert work for her (“Markings,” which is on the deluxe version of her Deutsche Grammophon album “Across the Stars,” released in late September), then convinced him to assemble an entire collection of his film themes.

The Williams-Mutter album was recorded in Los Angeles in April. “Hedwig’s Theme” was one of 16 Williams movie themes newly arranged for soloist and orchestra. They ranged from the obscure (“Dracula,” “Cinderella Liberty”) to the popular (five from “Star Wars” films, including themes for Yoda, Princess Leia and Rey, and two from “Schindler’s List”).

The collaboration, which fit into Williams’ busy schedule just before he began work on his final “Star Wars” film, “The Rise of Skywalker” (due in December), was unusual in that Mutter is considered one of the world’s great classical violinists and had not previously tackled film music.

As Williams said at the time: “I’ve taken things that I’ve known for years, set a certain way, and translated and transported them. Presented on the violin, they become a different emotional experience.” He called Mutter “the greatest violinist that Germany has produced in a hundred years.”