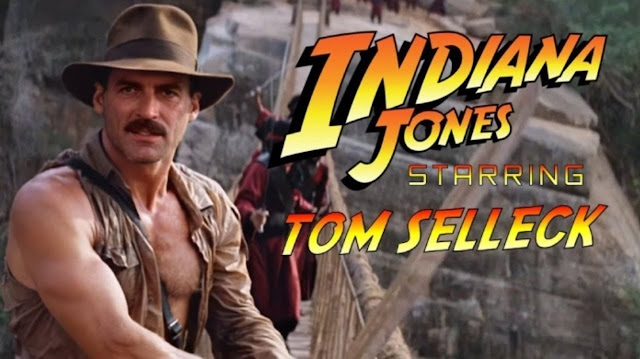 Fans of The Bearded Trio are a knowledgeable lot and there is no doubt that the majority will know that Tom Selleck was originally slated to play the role of Indiana Jones, not Harrison Ford.  When CBS decided to pick up Magnum, Tom was taken away from being an archaeologist and destined to become a private investigator.  However, there are videos of Tom's auditions for Indiana Jones on the web and you can catch a glimpse of one in the video below:

But now, the clever folks over at Sham00k using their "Deep Fake SFX" technology and a lot of talent have placed Tom Selleck's face on various scenes from the Indiana Jones movies so you no longer have to wonder what that Indiana Jones scene would have been like with the moustached actor at the helm.  All we need now is Higgins to replace Belloq and we are done.