Photo of the Day - An EVA Pod From 2001: A Space Odyssey Makes It Way Into The Star Wars Universe 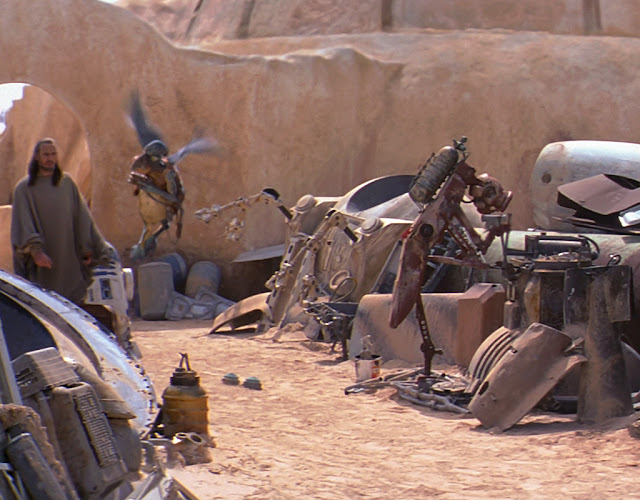 EVA Pod From 2001: A Space Odyssey In Star Wars The Phantom Menace

Qui-Gon Jinn walks through Watto’s junk pile at Mon Espa, Tatooine.  A scene from Star Wars - Episode 1: The Phantom Menace.  It's not the most interesting photo from a movie, but wait!  What's that?  Is that a prop from another movie?  Why, yes it is.  That is a pod from Stanley Kubrick's, 2001: A Space Odyssey.   To be more specific, it's actually an EVA Pod used for extra-vehicular activity.  The Jupiter spacecraft Discovery One carries three on-board.

What's strange about this prop from the 1968 sci-fi classic ending up in the 1999 Star Wars movie is Stanley Kubrick insisted that all props for 2001: A Space Odyssey be destroyed.  It's a mystery how this ended up in a movie 31 years later.  Perhaps it's not an original but a replica but its still a nice nod to Kubrick's classic. 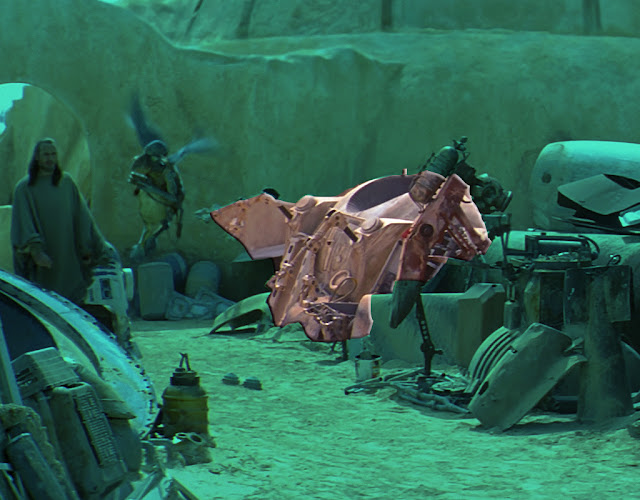 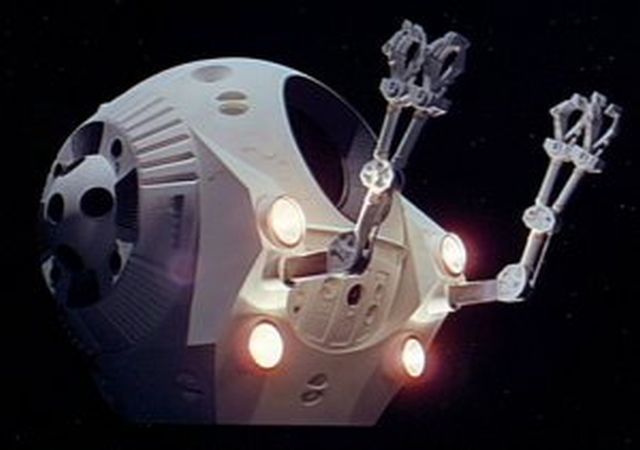