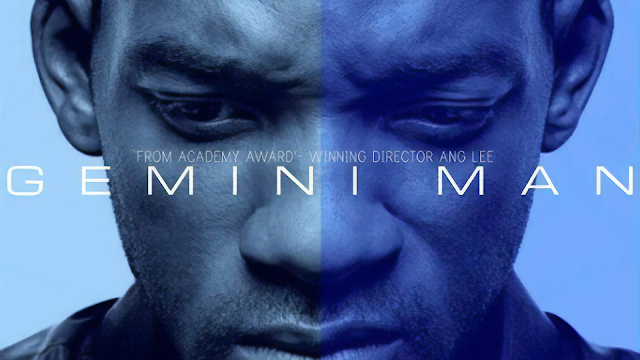 
Three time Academy Award Winner Ang Lee will always be a personal favorite. But when it was announced that he would be directing a movie for mega producer Jerry Bruckheimer, it was hard not to be skeptical. Bruckheimer is the poster for style over substance, and the pairing of these two filmmakers seemed like an ever bigger miss match than when Lee last attempted something this mainstream with 2004 Hulk (a film I still refuse to write-off as do many have over time, though I admit that it hasn't stood the test of time. It was an intriguing attempt to do something different and more intellectual with the comic book genre, but even a defender such as myself has to admit that the Avengers take on the character is such a perfect realization of his potential in entertainment that it's hard not to find Lee's bold take a bit stilted and pretentious in comparison. ). Lee has created spectacular action in Crouching Tiger, Hidden Dragon and wowed us with dazzling effects in Life of Pi, but in both cases these elements were used to augment strong stories.  In his most recent effort, Gemini Man, the labored set up for the story exists to show off groundbreaking effects technology.

Henry Brogan (Smith) is a 51 year-old government assassin, and he's the best of the best. But when a close call finds Henry narrowly avoiding taking out an innocent young girl as collateral damage, he decides that it is time to hang up his sniper rifle for good this time (or disassemble it and put in a box, or whatever you do with a sniper rifle.).  While settling down with his retirement, Henry meets a boat rental manager Danny (Mary Elizabeth Winstead),whom he immediately spots as an undercover agent. After Henry's home is broken into by government agents, Henry calls his spotter, who is killed along with Henry's friend. Henry warns Danny about the attack and they manage to kill the assassins sent after them, learning the agency, specifically Clay Varris (Clive Owen), head of the top secret black ops program GEMINI, wants them dead.

If you've seen the trailers (or even the poster) you already know who Varris sends to do the job: a younger and faster literal doppelganger of of Henry himself. This is where the effects and action kick into high gear, and there are some solidly entertaining sequences of action (though Lee's tendency to portray his action heroes without and physically weight and with a fluid grace that borders on the ability to fly doesn't work nearly as well here as it did in Crouching Tiger).  But the livelier don't  sequences are outnumbered by sequences of exposition and poorly written human drama.

Smith is terrific, doing his best work in a while as the younger version of Henry, and while the effects aren't perfect, they definitely work. When you consider that the de-ageing technology is only going to get better as it is further developed (and it's asked to create a more pronounced difference here than it ever has for Marvel), you certainly have to wonder what it means for the future of film making That being said, what ends up making Smith such a perfect fit here is astonishing ability to smoothly recreate his own voice at 23. It's an highly impressive performance that testifies to both the star and director's commitment to truth in acting. But for all of the talk of actors being replaced or reborn through technology,  who this can be done with is still limited (we're not going to  see a young Harrison Ford or Kevin Costner again because of their weary growls.).
Winstead is likable and engaging (though her character is shamefully underwritten) but it is just sad to see the talented Benedict Wong stuck trying to provide the comic relief when he's given nothing to work with (it's an embarrassing failure for which the actor deserves none of the blame. Clive Owen isn't as bad here as he was in Valerian and the City of a Thousand Planets, but his mixture of hamminess and obvious disinterest makes Varris rank up there with Josh Lucas in Hulk for most bewildering characterizations in an Ang Lee film.

The screenplay, which has been through numerous drafts over well over a decade of development, simply has no excuse for not being a lot better. This is a premise that is loaded with potential, but any convincing human drama comes entirely from Smith and Lee, not from what is on the page. A good number of the story flaws are so apparent that it's really a wonder that the finished product came out this half baked.

Gemini Man is not without entertainment value, and it is something of a must see for serious fans of breakthroughs in visual effects. Beyond that, it's a movie to see if you really love Will Smith, or are such a fan of Ang Lee that you have to see every one of his films. But most of all, Gemini Man is a movie to see on bargain night. It's far from the best work from a great director who really needs to get his groove back.