Guest Post: Growing up with the Bearded Trio by Andy Watson 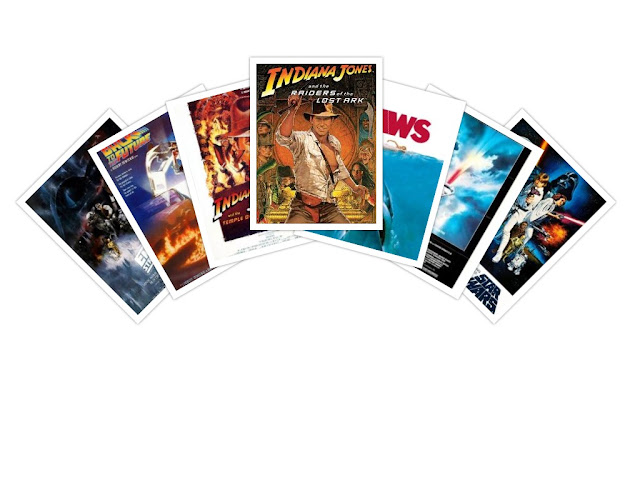 I spent much of my youth outside, reading small books, playing imagination games, and yes; watching way, way too much television. But movies, big movies, those that I remember and have watched numerous times and replay scene by scene mentally, have had a great impact on me. I can link some milestones (or at least markers) from my childhood to various movie events. Growing up as a military dependent or Army Brat, has also flavored some of these memories. Everyone has different remembrances and touchstones. Here are some of mine.

Early movies: Star Wars, Superman, Empire Strikes Back, Jaws
In 1977, Star Wars conquered the box office. My family lived in West Germany at the time and we did not watch it, as it was delayed in coming to American theaters overseas; which was a pattern for the future. When we returned to the United States in 1978 it was a special trip to see it. In the days before VHS, Star Wars was re-released. While a fan of the movie, I have to admit I don’t remember much from my first viewing. I hazily remembered the cantina creatures, but not much else, also hazy, my dad in a leisure suit. 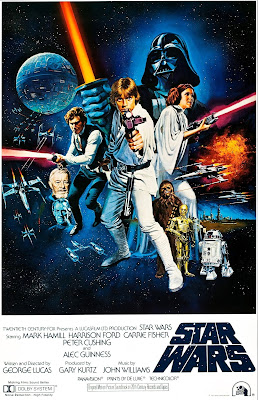 Not long afterwards we moved to Columbus, Georgia. Since my newly born sister was a cranky baby (or so I thought) we would sometimes go for drives to soothe her. One evening my parents suggested we go for a drive to see if my baby sister would fall asleep. I was against the drive, but what choice does a kid have? While on the drive we went past the theater sign broadcasting that Superman was showing! I begged and pleaded for my folks to stop for the movie.  After having some fun teasing me they agreed. I was ecstatic. Years later I realized they planned on going to the movie all along. It tended to make me more agreeable for future car rides.

While we were in Georgia, we went on a short vacation to Panama Beach, Florida. We went to the beach, played miniature golf, and had some other fun. While I didn’t see JAWS in the movie theater, I had seen it on T.V. and I was very wary of water and the ocean. This was also exacerbated by a restaurant trip. Eating at a local seafood place, we noticed photos of Hollywood crews on the wall. Enquiring further, it turns out the crew was from JAWS II and portions of the film were shot there. I never went in the water past my ankles.

Also on that trip was another big movie. My father and I went to go see The Empire Strikes Back. It was another life changing experience. The line for tickets wrapped around the small theater, amazing me. When we bought tickets, the cashier had a baseball cap with odd green ears. After the movie I discovered these were “Yoda ears”. I was of course, hooked on Star Wars more than before.
Prime Stride: Raiders of the Lost Ark, E.T., Return of the Jedi, Temple of Doom

During a transitional time, living in-between duty stations my dad took me to see another movie. Again it was just the two of us. I didn’t know what we were seeing, so it was a surprise.  My dad warned me that I should hide my eyes if there was a scary part. I think that was the consolation he made for mom, so I could go. 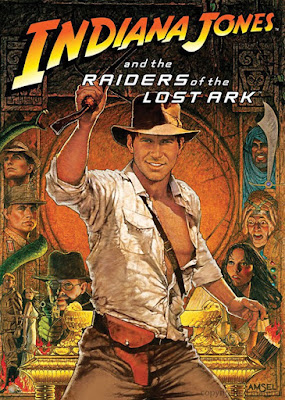 The movie was Raiders of the Lost Ark. I soaked it in. It was almost like the movie was made for me. The adventure, the history…Wow! Unfortunately, I am still obsessed by the movie, music, and the character. At the time I enjoyed it as great fun. While in the theater with my dad, there were parts when I should have hid my eyes or I was too late, or I peeked through them.  I was so into the movie that when Indiana falls near an angry cobra, I yelled to the screen “Watch out Indy!”.  Everyone in the theater had a good laugh, but I didn’t care.  Despite the teasing, it was worth it.

We moved to West Germany in May of 1982. It was a profound experience and there were many changes. We lived in a small military housing area. As far as movies, there were two theaters. The very small movie theater which held perhaps 50 people, and another theater/auditorium, which held around 100 people.

E.T., The Extra Terrestrial was the biggest movie up to that time.  It was released during the summer of 1982.  Even though we were somewhat isolated (remember no Internet and Trans-Atlantic phone calls were expensive) word got to our community by the end of the summer. The movie was huge! As previously mentioned there were long delays in receiving first-run films. For kids waiting to see E.T., the delays were agonizing. Many kids had already read Weekly Reader articles on the movie or received E.T. Scholastic books. Children recently arrived from America told us how good the movie was, and the anticipation was crazy. 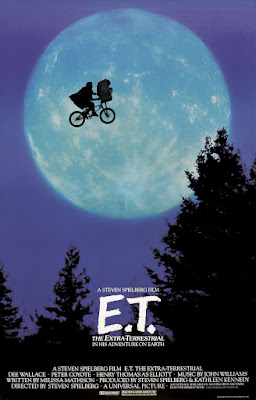 The movie arrived for us in 1983. It was oddly shown at the tiny theater. There were a few showings per night which bespoke the popularity of the film. Each showing exceeded the limits of the theater. We packed in, with many larger children sitting in parents’ laps. Also, the aisles were full of standing viewers. There were no open spots. It was a good thing there wasn’t a fire or other emergency. The Fire Marshal probably would have understood. It was E.T. after all. The movie was captivating and stirring. How could I not identify with main character Elliott, a boy very close to my age in a great adventure? Other than the whole alien thing, it seemed plausible. Days later someone asked my dad about the movie. His reply was accurate. “There wasn’t a dry eye in the house”, at some point everyone got choked up.

Visiting family back in America for an extended Christmas break at the end of 1983, we had a small dose of culture shock and tried to catch up on things. Return of the Jedi had already come and gone at theaters in America. I had heard about it and was impatiently waiting to see it.  Similar to E.T., the merchandise was everywhere! The wait for Return of the Jedi continued. The big question in the news was if Darth Vader really was Luke Skywalker’s father. Seriously, it was on the news. Finally, the movie made it to us and we saw it at the larger theater. Again, I ate the film up and continued to consume its merchandise.

While I was waiting for Return of the Jedi, another anticipated film was coming out. Similar to E.T. and Return of the Jedi I was already tipped off with Scholastic books and more advertising. There was also some controversy, Indiana Jones and the Temple of Doom was supposed to be darker and was one of the first movies to be rated PG-13. When the movie made its way to our town in Germany my parents and I went to the movie.  It was darker, and at the time I was excited more than fearful. It was another hit for me. Again it didn’t hurt that Short Round, Indy’s helper was a boy only slightly older than me.

Growing up: Goonies, Back to the Future, Indiana Jones and the Last Crusade
Our family returned to America in May of 1985.  It was a summer of adjustment and change, but also I got to see Goonies. It was a fun summer movie and like me, the main characters were getting a little older too.  I also had the opportunity to watch back to the Future. Back to the Future was a complete and pleasant surprise for me.  I later realized it had that special “Spielbergian touch”, making the fantastic fun, and possible. 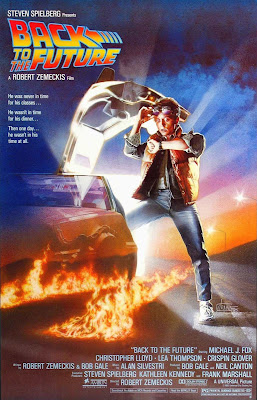 In 1989, my dad returned after a tour in Europe. We were adjusting too many things and it was a welcome suggestion for him to take us to see Indiana Jones and the Last Crusade. The movie was of course good and like all of the Indiana Jones films, I re-watch it often. Similar to the close of the movie, part of my movie experiences were riding off into the sunset. I was in high school, but I still had more growing up to do. There would be many more movies, and always room for another milestone.

Andy Watson
Currently I am a historian and former museum curator. Who says an archaeologist from the 1930s isn’t influential? I have written a few odd children’s books: Dad’s Toenail, Toenail Fairy Tales, and Toenail Hero Saga.  I have also written Gold in the Hills, a children’s book that explores treasure in Oklahoma’s Wichita Mountains. All of the books can be found on Amazon. com, and are published by Dingbat Publishing.