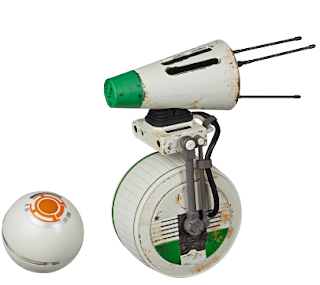 Own Your Very Own D-O From Star Wars: The Rise Of Skywalker

Oh neat!  It's an interactive CD-ROM!  Well not quite, it's an interactive droid.  More specifically it's D-O from Star Wars: The Rise Of Skywalker.  Complete with light-up LED eyes, authentic sounds and all controlled from a free app on your phone, this will be the envy of the house, cat and dog.   It has multiple modes of play including chase, guard and a high alertmode.  Here's the blurb on this cute little toy:

Cobbled from odds and ends in the workshop of a droidsmith, D-O is an impressionable little roller that becomes fixated upon BB-8! The ULTIMATE D-O INTERACTIVE DROID lets kids and fans display and play with a replica that has a self-balancing wheel, multiple modes of play, moving head and antennas, and features light-up LED eyes, sound effects, and premium deco inspired by STAR WARS: THE RISE OF SKYWALKER.

Drive D-O around using the free downloadable app, or play in one of multiple modes, whether D-O is resting in the included docking station or rolling around on the floor! When using the ball, Ultimate D-O will play in Follow Mode and Chase Mode. This interactive droid has premium deco, so it looks great on shelves while displayed in the docking station. With the ULTIMATE D-O INTERACTIVE DROID, bring the fun and magic of the STAR WARS saga home! 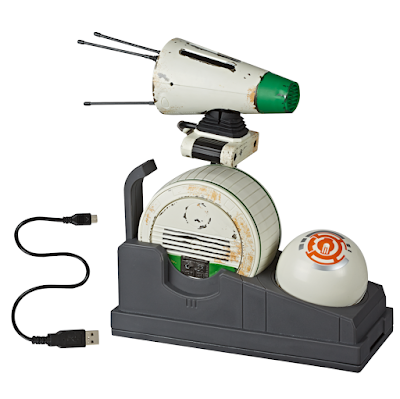 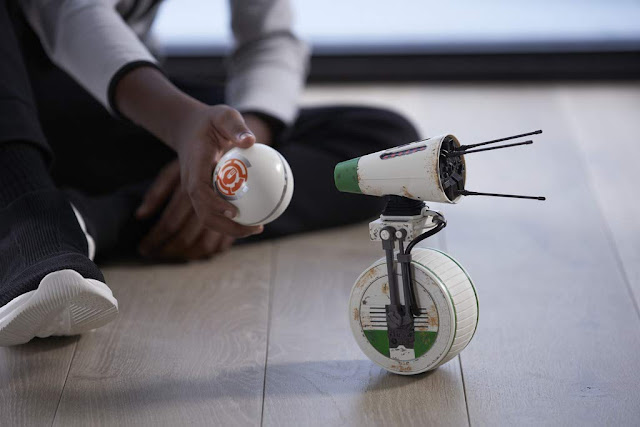