A Retrospective Look At The Jurassic Park Game From 1998, TRESPASSER 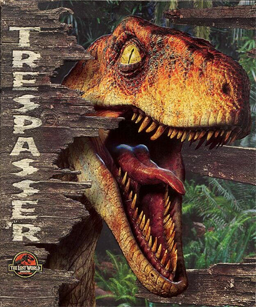 Trespasser.  Released 1998.  Developed By Dreamworks Interactive And Published By EA.

If you love Steven Spielberg movies and happened to be a PC gamer back in the 90's then you were more than likely to have been very excited for a Jurassic Park game announced for Windows PC and released in 1998.  It was heavily advertised in gaming magazines and boasted to be a "digital sequel" to the1997 film The Lost World: Jurassic Park, on which it is based.

The game would feature voices from Richard Attenborough and Minnie Driver and actually have heavy involvement from Steven Spielberg himself.  However, gamers were soon disappointed when they experienced the game for the first time.  Dogged by a terrible graphics engine and a control system that left a lot to be desired.  PC Gamers soon realised the game was broken and felt unfinished.

Commercial for Trespasser.  (Mine never played like that - Rob.)


The game for its majority takes place on the island where Site B is located and has you battling Velociraptors and even the odd Tyrannosaurus Rex or two (although, old Rexy would actually never chase or be even the bit remotely interested in you.)  Sounds fantastic right?  WRONG!  The control method as mentioned was unbearable.  The game was a first person shooter and there's no excuse for not nailing a good FPS for the time.  Other games such as Dark Forces II was released that year and was quite clearly in a different league.  Not only that but the epic Half Life was just one year away.  Just think of that when you see the game play footage for Trespasser!

I had this game as I too was sucked into the hype.  My Packard Bell 486 DX2 could take it...Just.  I just couldn't believe how bad the game was.  Moving at around the 15 frames per second with huge texture issues, pop ups and that control method...Oh, that control method.  You see you controlled Anne and a lot of the time you controlled Anne's arm.  Want to pick up that gun over there?  Sure, go ahead but don't expect to run up to it and press "E" or something.  Oh no, you have to control her arm and more or less swing for the object.  It was tedious to the degree that it more or less broke the game.  If you were being chased by a Raptor, don't expect to have enough time to pick up that gun because you'll be Dino nosh before you can pick it up.

Jumping was broken too.  Jumping over obstacles or over gaps usually meant you missing and either falling to your death or worse still being stuck in the texture map.

So what went wrong? Well, it was all down to time restraints put on the developers by the then new software company, Dreamworks Interactive and EA.  Well they wanted the game out in 1997 to coincide with Steven Spielberg's Jurassic Park sequel, The Lost World.  It didn't happen and the game was delayed for a year and went severely over budget.  Features were lost such as a left arm on the character and the genre was moved from a survival horror to a shoot-em-up.  The physics in the game, although impressive at the time just didn't work properly and often bugged out.

PC Gamer awarded it a generous 62% saying it got the atmosphere right but that was about it.  PC Zone even manged to award it higher with 70% but C&VG called it a "dog" and gave it an awful 1 out of 10.

Trespasser over the years has become a cult classic and even has a healthy mod community to this day with some clever gamers actually fixing the game mechanics and improving the graphics.  Uroš Begović has also produced some impressive artwork for the game: 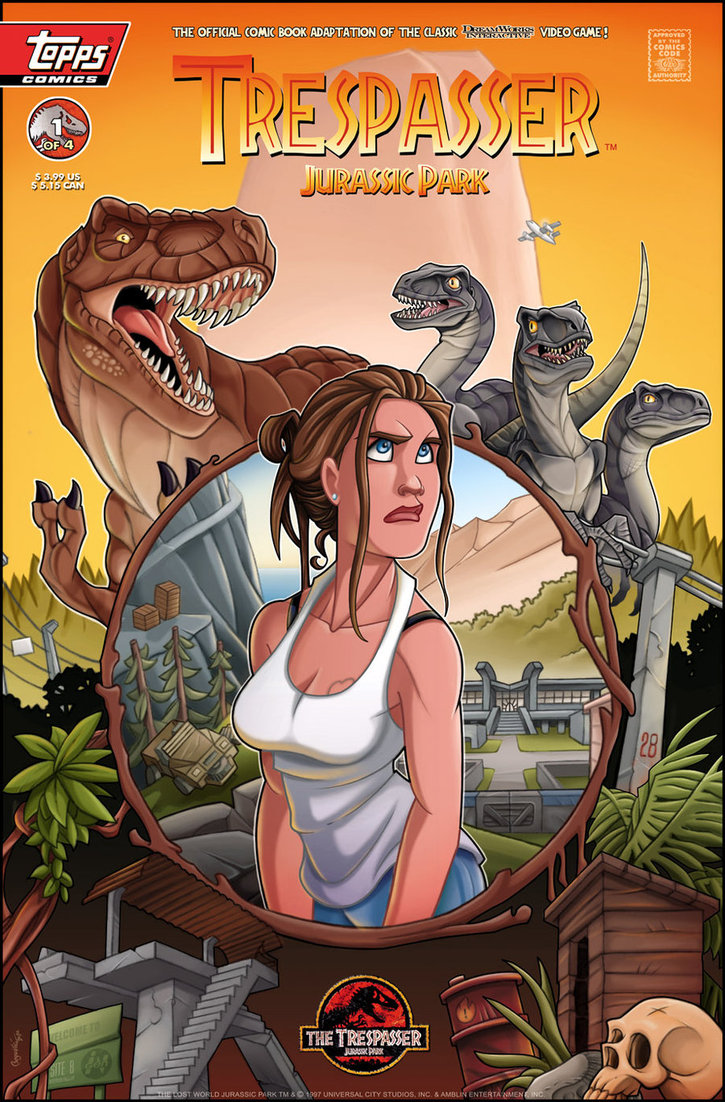 If you want to get your hands on a boxed copy, then be prepared to pay.  Recent boxed copies have gone for over £60/$74 on Ebay! 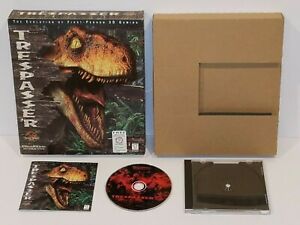 Recently the popular Youtuber, Angry Video Game Nerd did a piece on Trespasser and even interviewed the executive producer who explains why the game just didn't work.  It's a funny video with plenty of Jurassic Park jokes and most definitely worth a watch.


Did you own Trespasser?  What are your memories of this cult PC classic?  Let us know in the comments below or on our social media pages.