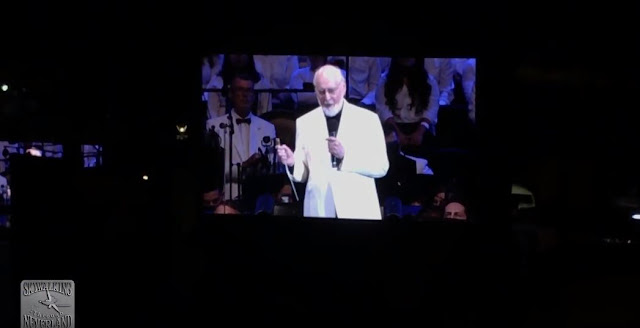 Thanks to the wonderful people over at Skywalking Through Neverland you can watch the amazing John Williams conducting the LA Philharmonic at the incredible Hollywood Bowl which took place just last week.  Sit back and soak up the ambiance and anticipation of listening to this living legend perform his magic.  As you would expect from Skywalking Through Neverland, the quality is of a high quality and they've also included subtitles.

The Maestro of the Movies, John Williams, conducts the LA Philharmonic at the iconic Hollywood Bowl on August 31, 2019! We enjoy coming to this concert year after year. Such an amazing show. John Williams shares conducting duties with his friend, David Newman (son of the legendary Alfred Newman).
This video features music composed by John Williams. To hear the entire concert, please check out our Patreon: http://SkywalkingForce.com. It is a Bonus Episode for this month.
Video Set List:
NEW ARRANGEMENT "Han Solo and the Princess" from The Empire Strikes Back.
FIRST TIME LIVE: "Theme from Star Wars: Galaxy's Edge"
Excerpts from Jurassic Park (with film)
"Luke and Leia" from Return of the Jedi
"Star Wars" Main Title
Encores - it's a surprise!