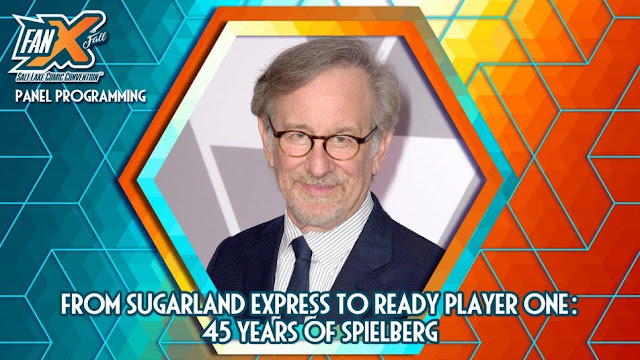 Regular contributors to The Bearded Trio, Paul & Patrick Gibbs (The Brother Gibbs) will be attending the FanX Salt Lake Comic Con and amongst their busy schedule will be also presenting a very special panel where they will be talking all things Steven Spielberg.

In 1974, "The Sugarland Express" came to theaters. It may not have been a blockbuster, but it helped its director land a job directing a movie called "Jaws," and the rest is history. Join Paul and Patrick Gibbs of the fansite "The Bearded Trio" for a look back at the 10 Most Iconic or Influential Sequences in the films of Steven Spielberg, two time Academy Award Winner and father of the modern blockbuster, and share some of your favorite moments from this great director's films.

This one is a special presentation with just Patrick Gibbs. We'd just talk over anyone else on this subject anyway.

Find out more over at the official site
The Bearded Trio - The Site For Steven Spielberg, George Lucas, John Williams and a whole lot more.