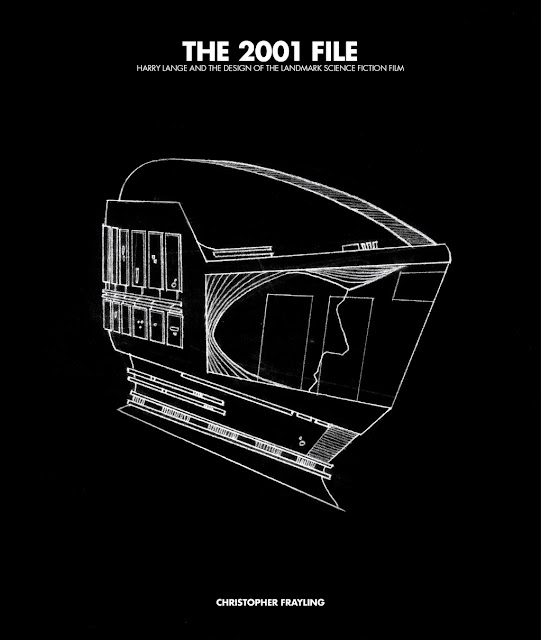 The 2001 File - A Comprehensive Behind-The-Scenes Look At Stanley Kubrick's 2001: A Space Odyssey

To celebrate the 50th anniversary of the Apollo 11 moon landings, the good people at Reel Art Press are re-releasing an extremely popular book called The 2001 File.  The book is a in-depth look at Stanley Kubrick's 2001: A Space Odyssey and has a great deal of unpublished archive material including Frederick Ordway – the NASA scientist who was a scientific consultant on the movie.  The book retails for £45/$75, has 336 pages and has over 600 pages.  Read on for the full press release:

Back by popular demand, and to celebrate the 50th birthday of the Apollo 11 moon landing and of the worldwide release of the science fiction classic 2001: A Space Odyssey, Reel Art Press is delighted to announce that it is re-issuing its best-selling book The 2001 File. In the half century since Kubrick’s film was released, many of its predictions have come true, including commercial space travel, an international space station, the landing on the moon, personal computers and flat-screen tablet technology – and that is another cause for celebration... as is the promotion of the film in critics’ polls, over the intervening years, to the ranks of one of the greatest and most influential of all time. 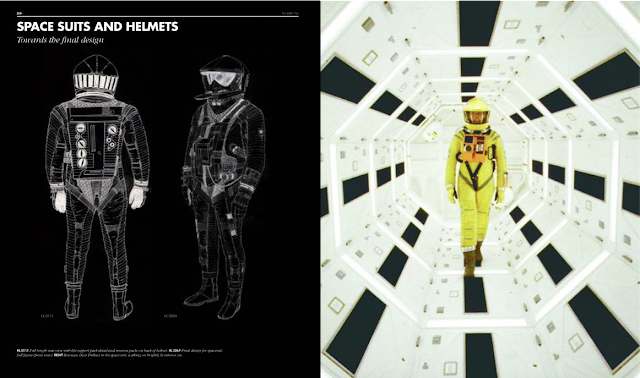 This stunning volume is a spectacular look behind-the-scenes at the making of this most legendary of science fiction classics. It is an in-depth examination of the complete, largely unpublished archive of art director Harry Lange’s designs, concepts, roughs and photographs – which were vital to the whole look and feel of the movie. This is the first time Lange’s incredible vision and complete archive has been brought to the public. It is accompanied by text by Sir Christopher Frayling, who offers an exhaustive look at the making of 2001 and Lange’s role in it. Also included is the last extensive interview that Frederick Ordway – the NASA scientist who was a scientific consultant on 2001 and worked hand-in-hand with Lange – gave before his death. It was with Christopher, in the Cosmos Club, Washington DC, and it lasted half a day.

Lange’s strikingly realistic designs created an extraordinary vision of the future. By releasing this archive and explaining its significance, the book takes the reader/viewer on a journey deep into the visual thinking behind 2001, for the first time ever – visual thought that might actually work.

Stanley Kubrick wanted someone who understood the science, the engineering – and who could create memorable film designs as well: Harry Lange, who up to then had created visualisations of ‘future projects’ for NASA, was exactly the right choice for the job. As Kubrick predicted, audiences responded to 2001 so enthusiastically because they believed in what they were watching. And the experience of working on the film was a life-changing experience for Harry Lange, who as a result left NASA and went on to contribute as a designer to several more science fiction epics. 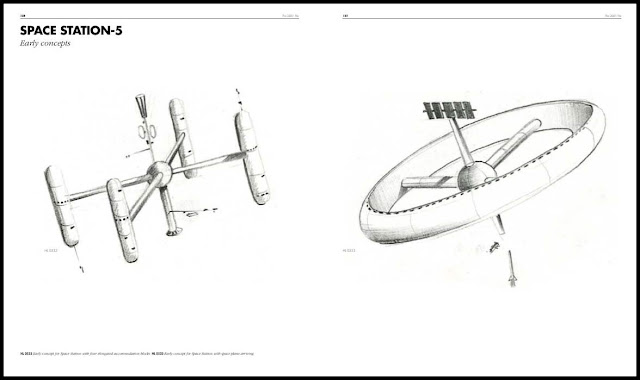 The book is about the process, as well as the finished product. It examines how Harry Lange’s experience with NASA fed into the innovations of the film. It includes rejected designs, concepts and roughs, as well as the near-finished works. It reveals how the design team was obsessed with things that could function as well as look convincing. The book illustrates several innovations that were science fiction in the 1960s but have since become science fact, including a ‘newspad’ designed by IBM, which bears an uncanny resemblance to today’s iPad. The remarkable designs for 2001 created a credible vision of the future.

It is very rare to be able to follow the design thinking which went into a film from first ideas right through to what appears on the screen, and rarer still to be able to do this with one of the most iconic films in the history of cinema. The discovery and publication of the Harry Lange Archive will enable readers to share at close quarters in the evolution of the greatest science fiction film of them all, from first to last. 2001: A Space Odyssey benefitted from more scientific advice than any feature film before or since: and the man who brilliantly distilled that advice into visual form, under Kubrick’s guidance, was Harry Lange.